Formal competitions across the county

There are 29 ‘Premier Leagues’ across England and Wales which operate at the top tier of men’s club cricket. These leagues act as a bridge between the grassroots and first class game.

At the time of writing, the Kent Cricket League consists of 11 divisions, including both first and second XI tiers and the aforementioned ‘Premier’ division, where many of our First XI squad have and continue to play.

The KRCL sits beneath the KCL, with teams promoted and relegated between the top tier of the KRCL into the KCL.

The regionalised structure is consistently monitored by the committee with proposals regularly put forward for clubs to vote on, ensuring that the structure is as resilient to the demands of players as is possible.

The League was formed in November 1989, with competition effective from the 1990 season. In 1990 and 1991, the league consisted of eight founding clubs, whose 1st XIs competed: Bidborough, Hadlow, Cranbrook, Leigh, Crockham Hill, St Lawrence, Four Elms and Sissinghurst.

Jump forward to 2019 and the league is going from strength to strength, with 7 divisions across West Kent and the East Sussex border.

The League was formed in the winter of 1972 and commenced with two divisions. It now consists of 72 sides

(66 first elevens and 6 second elevens) which are spread across 6 divisions, with divisions 3 and 4 regionalised.

Matches are played on Sundays throughout the summer with each team playing each other once.

The British Tamils Cricket League formed in 2005. On their website the BTCL state their aims are to ensure the future growth and continuity of the competition, inline with their responsibility to develop a league where ‘sports and sportsmanship are truly developed and sustained’.

Teams within the BTCL are predominantly from the London Boroughs. 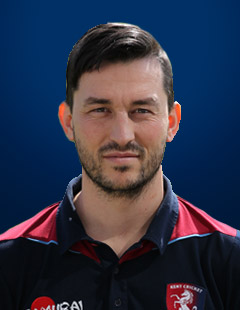 Adam is our main point of contact if you have any queries around league cricket and sits on the Kent Cricket League Committee. Adam also manages the Dyno T20 league and the ECB Cup Competitions.