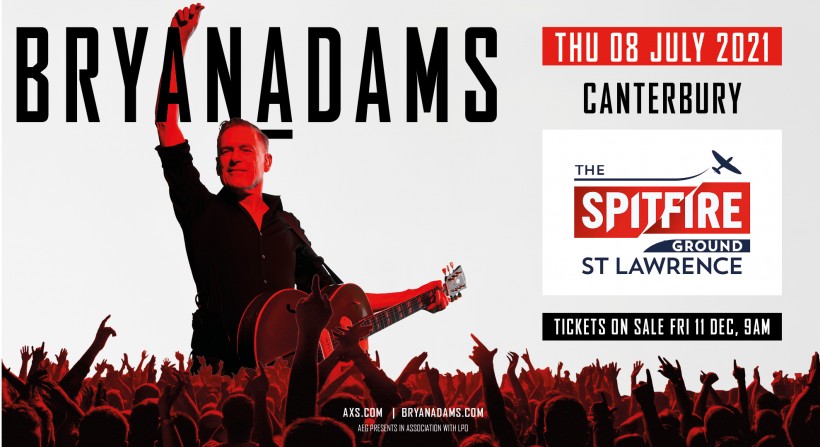 Multi-million selling recording artist Bryan Adams is coming to the UK next Summer with a spectacular open-air tour set in the grounds of some of the UK’s most beautiful venues, including The Spitfire Ground in Canterbury.

One of the world’s best-selling artists of all time, Adams played The Spitfire Ground in front of thousands in 2016, and five years later the Canadian singer-songwriter will once again be bringing  his world-renowned show to Canterbury in 2021.

Tickets for the concert on Thursday 8th July 2021 will go on sale at 10:00 on Fri 11th December at aegpresents.co.uk – Kent Cricket will not be directly selling ground admission tickets to this event.

Bryan Adams has sold more than 100 million albums worldwide and rose to fame with albums Cuts Like a Knife and Reckless including hit singles Run to You and Summer of ’69.

In 1991, he released (Everything I Do) I Do It for You, one of the best-selling singles of all time, which appeared on the soundtrack album from the film Robin Hood: Prince of Thieves and on his sixth studio album Waking Up the Neighbours.

Kent Cricket’s CEO, Simon Storey, said: “We’re thrilled to be able to host more live music at The Spitfire Ground in Canterbury in July 2021. It will be a big week of music with Bryan Adams playing on Thursday 8th July and Michael Bublé on Saturday 10th July.

“As the light at the end of the tunnel begins to shine brighter, it is so important that Canterbury is given every chance to bounce back quickly. We are really pleased to be able to host these events at The Spitfire Ground.

“As well as providing valuable revenue to the Club, major music concerts bring visitors to the City providing a boost for the restaurants, bars and hotels. They will also give people across our region something to look forward to in summer 2021 and we are looking forward to welcoming thousands to the City and making it a summer to remember for all the right reasons.”

The Spitfire Ground, St Lawrence is also delighted to have secured the ‘We’re Good To Go’ COVID-19 consumer mark and industry standard, created by Visit Britain. The mark recognises organisations who have met Government and industry COVID-19 guidelines and provides a ‘ring of confidence’ for businesses, attractions and destinations, as well as reassurance to local residents and visitors that clear processes are in place.

Do you have a question about this event? View our Frequently Asked Questions here >>> 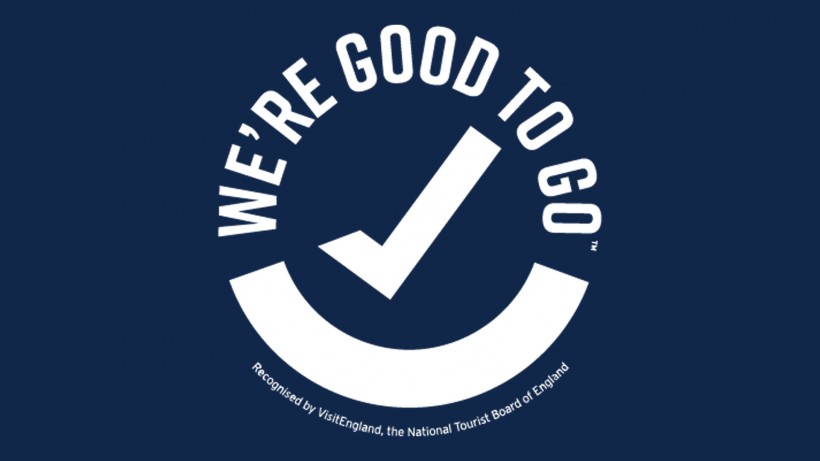