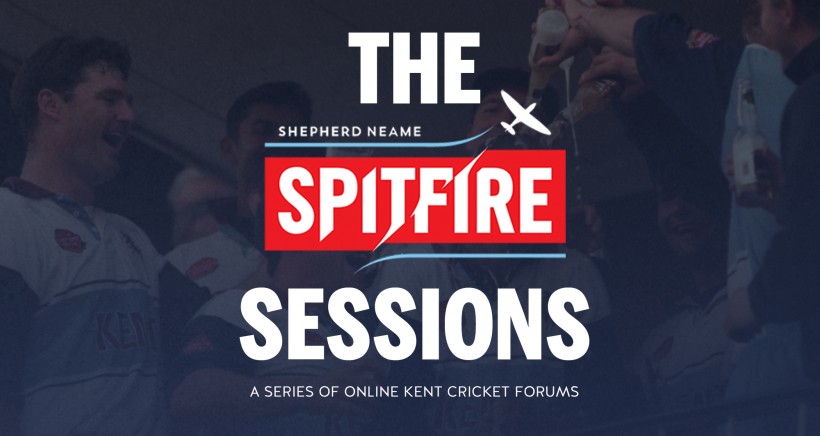 Four Kent stars from the 1990s will discuss their careers with the county in the next edition of ‘The Spitfire Sessions’ on Monday 18th May.

Kent and England stalwarts Mark Ealham, Dean Headley and Martin McCague will be joined by former Club captain Steve Marsh to talk about playing for the Club during the decade in which Kent secured a National League title in 1995.

Mark Ealham was a Kent player for every year of the 1990s, making his debut for the county in 1989 before leaving for Nottinghamshire in 2003.

Alongside 449 Kent appearances where he averaged over 29.00 with the bat and under 28.00 with the ball, Ealham played 8 Tests and 64 ODIs for England.

He took best figures of 5/15 in an ODI vs. Zimbabwe in 2000, holding a record that still stands today – all wickets were LBW.

Dean Headley moved to the county from Middlesex in 1992 and went on to make 201 appearances for Kent until injury ended his career in 2001.

The renowned swing bowler capable of bowling a heavy ball equalled a world record in September 1996 by taking three hat-tricks in a single English county season.

Steve Marsh spent the entirety of his professional career at Kent, making 613 appearances for the county over an 18-year period.

A prolific wicketkeeper-batsman, Marsh scored over 13,000 runs for Kent and took 1,012 catches, also enacting 97 stumpings with the gloves.

Following the retirement of Mark Benson in 1996, Marsh captained the county until 1998.

Martin McCague spent ten years at Kent between 1991 and 2001. The Northern Ireland-born paceman moved to the county after starting his professional career with Western Australia.

He took 4 for 121 in the first innings of his England debut against Australia, after  his decision to play for England over the Aussies made headlines in both countries. 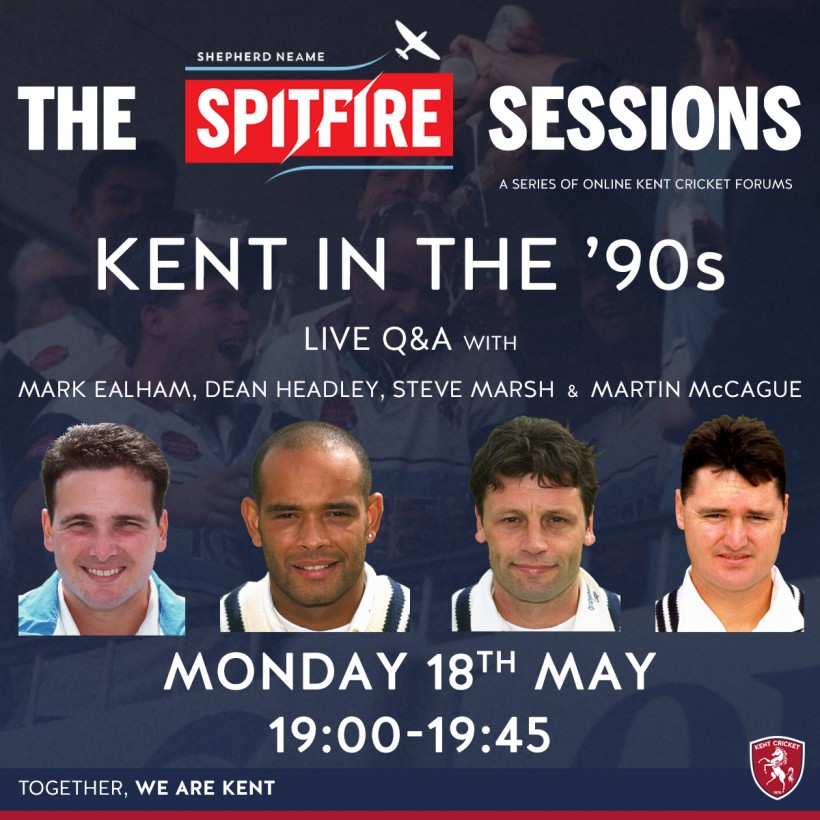