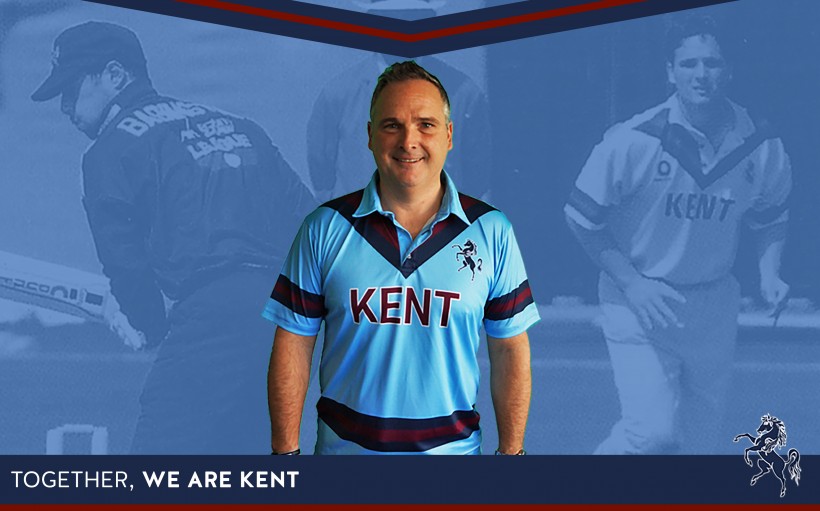 Worn by the likes of Kent legends Carl Hooper, Steve Marsh, Matthew Fleming and Mark Ealham, Kent narrowly missed out on the AXA Equity and Law League title in 1993 after Glamorgan, led by Sir Viv Richards in his final one-day match, defeated the hosts in a title-decider at The Spitfire Ground, St. Lawrence.

Featuring the original Kent horse and iconic navy and maroon “V” design which was recreated in 2010 for the Kent Spitfires’ one-day playing jerseys.

The 1993 Legacy shirt is now available to order as well as to purchase in the Kent Cricket shop, and is priced at £37 for adults and £35 in junior sizes.

The retro shirt design was modelled by former Kent and England star Mark Ealham ahead of its launch during the Club’s 150th Year.

The original playing jersey from 27 years ago recently won a poll on the Club’s social media pages to be named Social Media Supporters’ Choice for Greatest Kent Kit of All Time.

On wearing this instantly recognisable Kent kit once more, Ealham said: “This shirt brings back so many memories for me and it’s brilliant that supporters can now get their hands on a jersey again with so much history behind it.

“The team we had here in 1993 contained so many talented players, but the shirts then were much baggier fit on me than this one is now!” 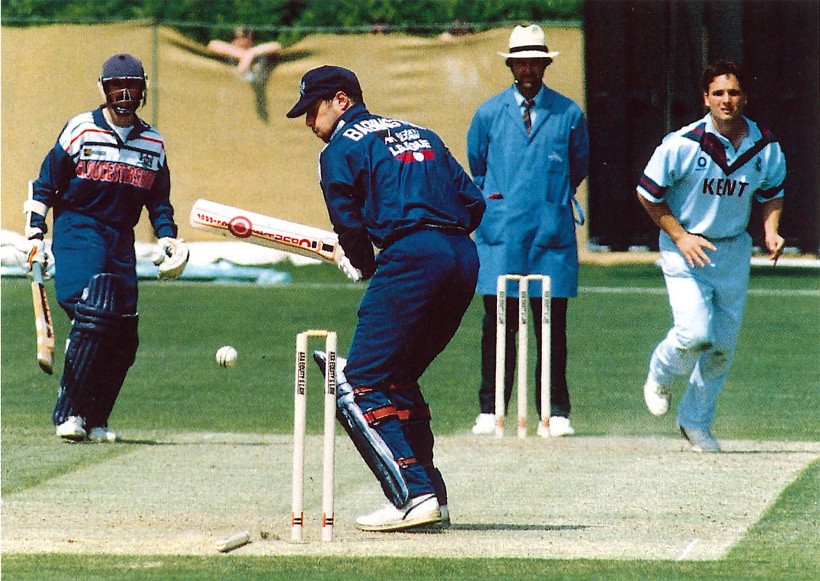