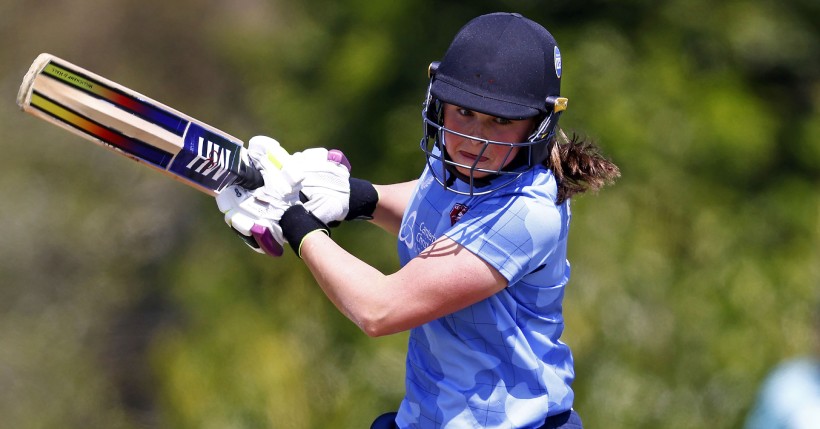 With a young matchday squad due to limit availability of players, Kent Women Head Coach Dave Hathrill gave opportunities to a number of Kent Age Group prospects in the final T20 double-header of the Women’s T20 group stages, with Finals Day on the horizon.

Sussex Women won the Toss and elected to bowl on an overcast day in the shadow of Brighton & Hove Athletic’s Amex Stadium.

Stand-in skipper Grace Scrivens was joined opening the batting by Alexa Stonehouse, and the two put on 30 runs together, before Stonehouse was out off the bowling of Paige Scholfield for 15 justbefore the end of the powerplay.

In came 2021 Emerging Player of the Year, Jemima Spence, for her first Kent Women appearance of the season. Another partnership of 30 runs was achieved before Spence departed for 16, but the Horses had found scoring difficult and had reached the 60 run mark in the 13th over.

Kalea Moore’s stay in the middle only last four balls, caught for 5, and then Sussex got the wicket they were after – Scrivens, after being the anchor of the innings, was caught by Freya Kemp off the bowling of Georgia Elwiss for 30 from 32 deliveries.

Debutants Emma Hughes & Ella Lockhart were both run out for one, and Megan Sturge was Scholfield’s third victim – Kent Women ended their 20 overs with a score of 90/7.

The Horses got an early breakthrough in Sussex’s reply with debutant Olivia Barnes running out Isabelle Collis for 1 in the second over, but a charge led by Ella McCaughan who finished on 52 not out from 47 deliveries saw Sussex home in the 14th over.

Only Elwiss fell caught-behind to Sydney Gorham for 10, and Paige Schofield finished on 27 not out from 17 balls.

Again winning the Toss and electing to field, the hosts put Kent in to bat in hopes of another low total from the Horses.

Grace Scrivens opened the batting with ‘keeper-batter Jemima Spence, and once again Scrivens would prove to be the foil of Kent’s batting – her mammoth T20 total of 88 came in just 62 deliveries with 11 fours and one six.

Spence would make 12 before being dimissed by Paige Scholfield in the fifth over, and Ryana MacDonald-Gay made 17 from 17 to leave Kent on 71/2 in the 11th over.

Kalea Moore provided ample support for Scrivens’ onslaught, adding 6 runs to a 22 run partnership in three overs before getting out to Scholfield, and it was an unlucky innings for Megan Sturge – run out at non-strikers without facing a delivery.

Ella Lockhart would then be the support to Scrivens as the pair raced to add 45 in five overs, before the prized scalp of Scrivens was earned by Chiara Green, stumped by ‘keeper Izzy Atherton in the final over.

After taking multiple Kentish wickets across the two ties, Scholfield turned run-maker in Sussex’s innings, top scoring with 47 from 27 with four fours and two sixes.

Ella McCaughan again provided a solid base as opener for Sussex, scoring 32 in 35, and Georgia Elwiss would finish not out on 42 from 40 – Sussex would chase down their total in 19 overs after losing three wickets – McCaughan would fall LBW to Kalea Moore, and good work in the field would enact two run outs.

Two defeats for Kent Women after four victories means the Horses have finished in second position of Group 6 of the Women’s County T20, and will play third-placed Hampshire in the second semi-final of Group 6’s T20 Finals Day at Totton & Eling Cricket Club in Hampshire on Sunday 8 May.

Entry is free for all spectators at Totton & Eling CC (South Gardens, Ringwood Road, Totton, SO40 8RW), with Kent’s semi-final taking place at 13:30 and a potential final of 16:30. 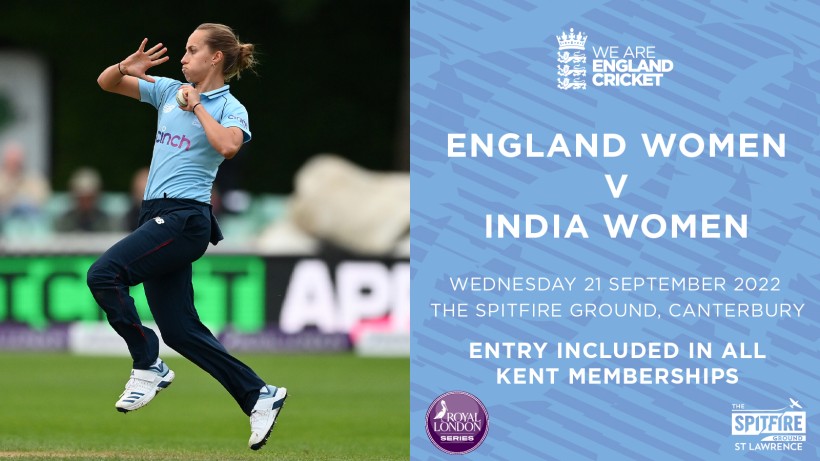