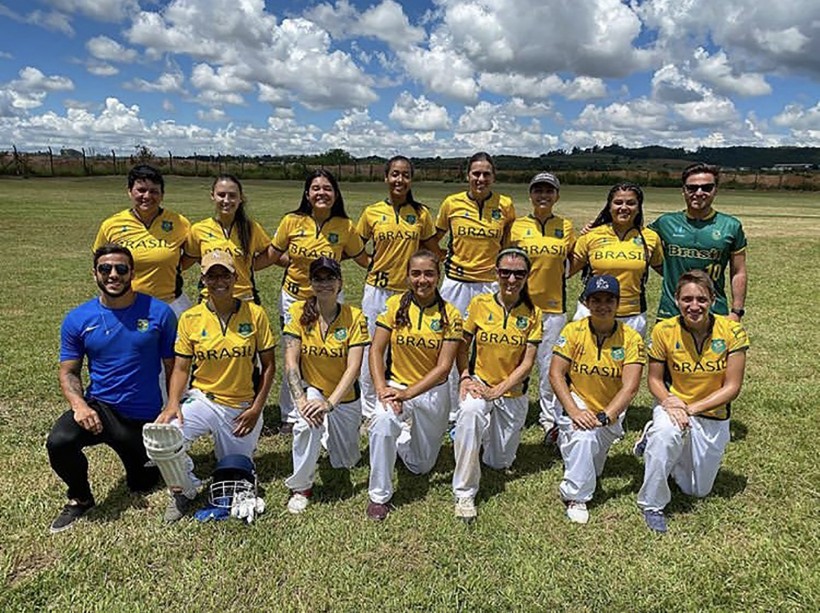 Here is his travel diary on cricket in South America, catching some local football, and getting back home just before COVID-19 caused havoc for travellers around the world.

“It started during the 2019 ICC Cricket World Cup. The Brazilian Criiio (street cricket) team travelled to England to compete in the Criiio World Cup.

“The aim of that tournament was to showcase cricket from around the world. Teams from India, Brazil, Rwanda, Germany amongst others, came to compete.

“This is where I first met Matt Featherstone. Matt is President of Cricket Brazil and a former Kent Cricketer. Matt has contacts in the Bexley area so that’s how we were introduced.

“After the squad left, Matt and I stayed in touch. Early in 2020 Matt got in contact asking if I would be interested in travelling to Brazil to help coach the Brazil National Women’s Squad. I booked flights and off I went.” 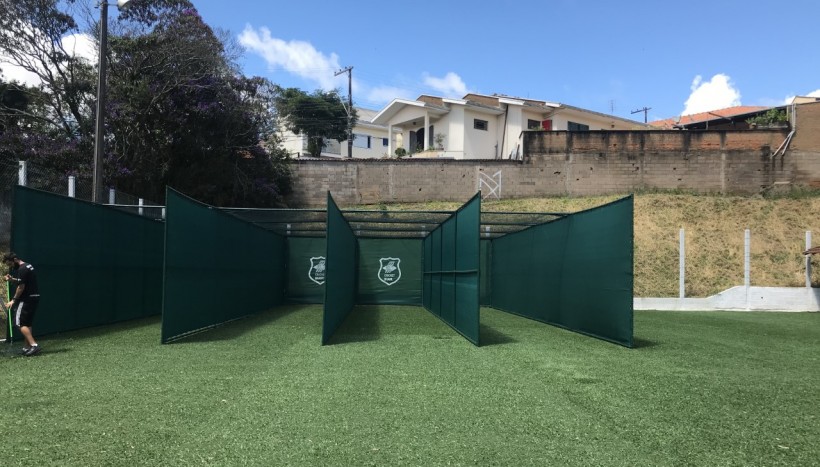 “I was a bit tired after 24 hours travelling, and I walked to meet Matt at the High Performance Centre in Poços De Caldas (166 miles north of São Paulo). I must say I was pleasantly surprised by the facilities.

The squad arrived at 1pm, it was great to meet them for the first time. It was my also a chance to catch up with Brazil Captain Roberta. It was the first time I had seen Roberta since she visited England in 2019. Roberta spent 2 weeks based in Bexley where we worked together at Bexley CC.

“The Women train five days a week, working with strength and conditioning coaches, physiotherapists and sports psychologists. The squad is a mixture of experience and youth. The youngest player in the squad is Laura. Laura is 14 and combines training five days a week with her school education.

“Cricket Brazil are hoping to enter the women into the 2028 Olympic Games, if cricket is added. The squad is also aiming to qualify for a major ICC competition in the future. Thailand proved this is possible, so watch this space!” 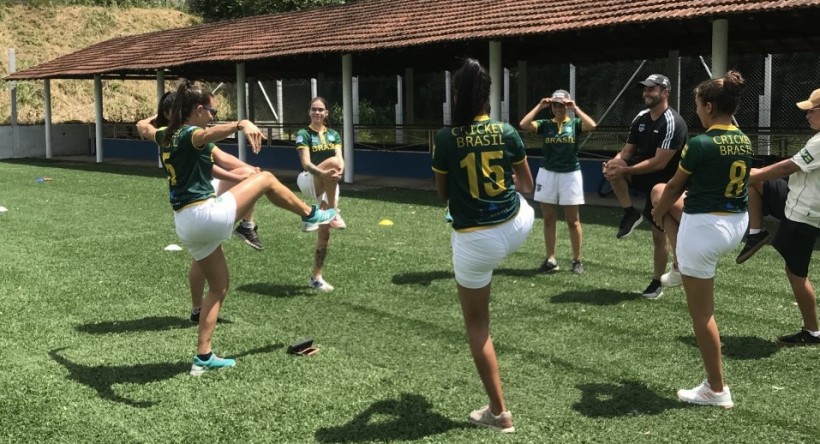 “Week One was spent working with the eight players based in Poços de Caldas. The squad trained Monday to Friday. Their days consist of strength and conditioning sessions in the morning, then cricket in the afternoons.

“It was my first time working with most of the squad so I used the first week to understand the players and their needs. The theme for the week was getting to know your game, understanding your role and creating an identity as a team.

“The group themselves came up with the squad goals. They began to create an identity as a squad and shape the way Brazil will play cricket. I won’t tell you the details just in case Argentina are reading…” 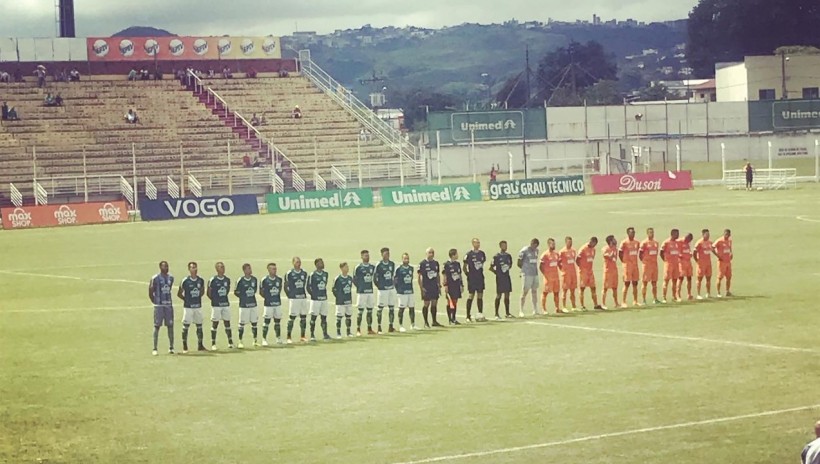 “That Sunday was my first day off since arriving in Brazil. As a self-proclaimed football badger, what better way to spend it than watching some local football?

“I was treated to Caldense vs Coimbra in the Campeonato Mineiro, the local state football league. It was a  fine 2-0 win for Caldense that saw them go third in the table. Watching football in Brazil was ticked off the bucket list.

“Back at Caldense club the next day, Matt asked me to deliver a coaching session to 12 students that were studying cricket coaching at the local University.

“All of the students came from a social project themselves and Cricket Poços helps fund their university education. Once they graduate they will deliver their own sessions in social projects.”

“Ahead of the second week of the training camp, the rest of the squad arrived. 10 hours in a car from Brasilia or overnight buses from Rio seem to be the norm.

“It was brilliant to get the squad together – they are an enthusiastic bunch who are extremely driven to succeed. It was a fantastic environment to work in.”

“Week Two was based around preparing for that weekend’s friendly and the forthcoming T20Is in Argentina. We spent a lot of time working on game based situations, a lot of ‘bat vs. ball’. Practice with purpose became a key objective amongst the squad.”

“After a double session, that Saturday afternoon was a chance for the players to work with sports psychologist Matheus Louro.

“Matheus is a former Brazilian National Squad Swimmer who now helps athletes understand the psychological side of elite sport.

“Matheus also uses hypnosis techniques to help players overcome small injuries, aide recovery and reduce fatigue. I don’t know how it works but it does. You really have to see it to believe it.” 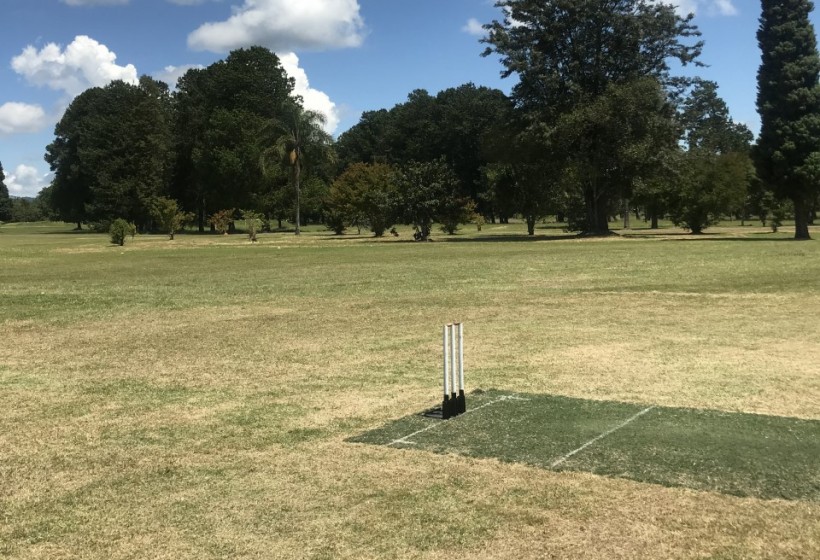 “It was Sunday morning, and my first game as Brazil coach. The main ground in Poços is a little different to what I’m used to – it’s located next to a small regional airport in a local park, it isn’t quite Lord’s, but it is in a picturesque setting and the weather was perfect.

“Brazil won the toss and decided to have a bat. At 0/2 Brazil were in a bit of bother. In comes Brazil Captain Roberta Avery. A fine captain’s innings of 47 not out and Brazil make 122/9 off 20.

“In reply, the Poços innings never really got going. Tight bowling from openers Nikki and Renata piled on the pressure. The required run rate climbed to 9s and the wickets started to fall.

“The Poços side started to take more risks and chances came. More tight bowling from young off-spinner Lara combined with superb catching in the deep and Poços reach 60 all out.” 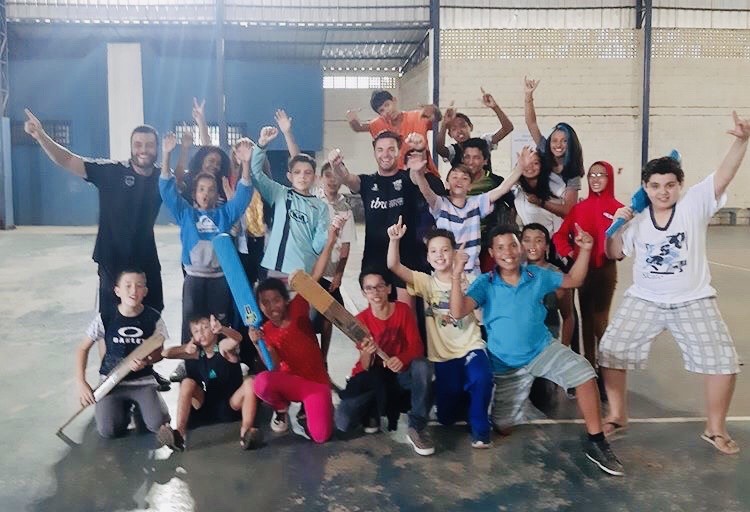 “Cricket Poços run social projects across the city and in some neighbouring cities.

“The project, it targets children who are from areas the most at risk of becoming involved with drugs and gangs. I was amazed to discover 3460 Children a week participate in cricket through these projects.

“In Poços, cricket is being used as a tool to give kids a better way of life and through that there is a genuine love for the game. It is providing them with opportunities that they wouldn’t normally get.

“I was lucky enough to visit a social project. The session took place in what I can only describe as a barn, turned into a futsal pitch, turned into a cricket pitch.

“It was a great experience for me as a coach; it’s moments like that which make me appreciate how fortunate I am to be involved with such a great sport.

“One thing that sticks in my head from this experience was speaking to Matt about the social projects. He explained the influence they have in the community and the impact it has on the young player’s lives. Matt told me the story of one of the boys who works for Cricket Poços. He is like a celebrity in his local area. He is the first person in the area to attend university and was the first person from the area to leave Brazil when he represented his country in the South American Championships.

“It just goes to show how important cricket is for these kids in Brazil. It’s more than just a game, it is an opportunity! 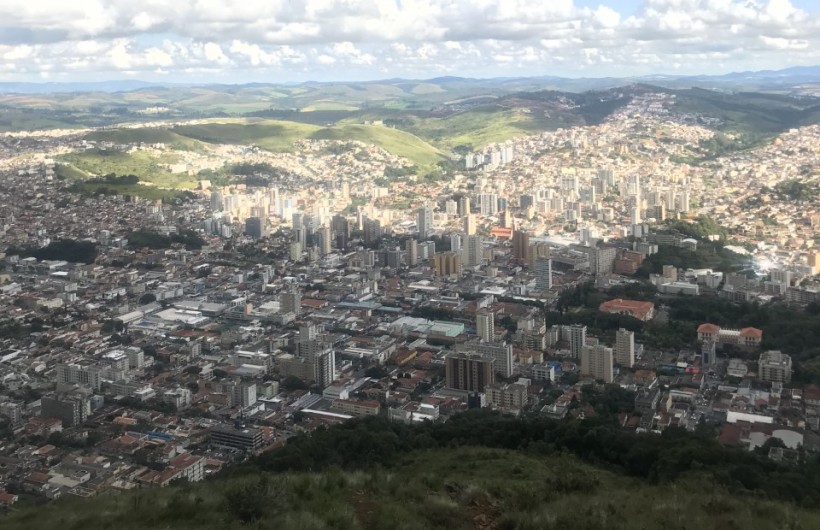 “That Tuesday morning I received a call from Matt. All cricket in Poços had been postponed due to Coronavirus.

“We were also informed that the forthcoming trip to Argentina is in doubt due to border closures. Disappointed is an understatement, but you move on.

“With no cricket, it was an opportunity to see more of Brazil. I used this opportunity to take in some sights. My hosts decided to take me on a hike up the mountain to the local Christ the Redeemer statue. The hard route seemed liked a good idea at the bottom. After an hour or so climbing my legs were saying something different.

“Arriving at the top it all became worth it. The views were amazing and possibly on of the best beers gardens in the world. Brazil truly is a beautiful country!”

“After numerous e-mails to my airline with no reply it was a case of travel and hope for the best. I had a four-hour drive to São Paulo airport, with no idea if I would be boarding a plane.

“When I arrived at the airport, I was relieved to see that London Heathrow was showing as “On Time”, and I was going home. 90% of flights from São Paulo had been cancelled so I was one of the lucky few.