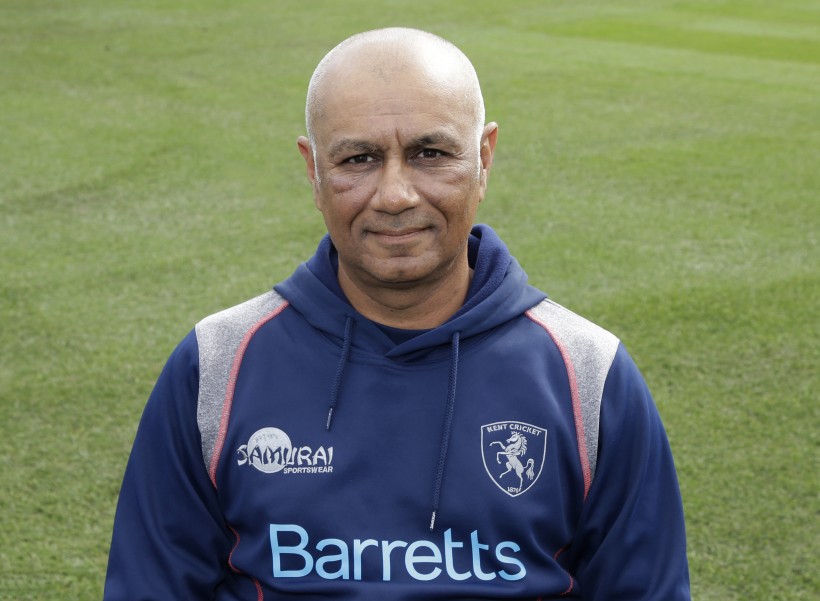 As important as it is to win cricket matches, it’s not the sole focus of Kent Second XI coach Min Patel as he looks forward to the new season.

He sees much of his role as helping players develop and improve their game so they can challenge for a first team place and become established in the senior side, with the attributes to succeed in all three formats of the game.

It has so far been a highly successful strategy, with: Grant Stewart, Zak Crawley and last season Ollie Robinson all graduating to the senior side and proving their ability at the higher level.

With club skipper Sam Billings away playing in the Indian Premier League, Ollie Robinson was selected in the first team’s opening First Division County Championship match squad of the season against Somerset at Taunton, having previously played at the end of last season as a batsman.

“It is obviously a learning curve for the young players as we want them to become equipped to deal with the different aspects of the game”, said Min, “it’s a multi-faceted experience for them from which they can only benefit.

“We obviously want to win as many matches as we can and be competitive in all competitions but it’s as important that the players are ready to step up to the challenge of playing in a higher grade of cricket.”

Kent’s left arm fast bowler, Fred Klaassen, had a couple of games in the second team at the end of last season after being recommended to the county whilst playing in Dutch cricket and representing the Netherlands at international level.

The make-up of the second eleven for any given game is often not known until a late stage after the first team commitments are decided on and is usually made up of professional and Academy players and a sprinkling of trialists.

Wicket-keeper Jordan Cox has moved up from the Kent Academy to sign a professional contract.

Min Patel himself spent most of the winter on the cricket circuit in India and Bangladesh helping coach the Young Lions, and says he found it a very useful experience and helped to develop him as a coach.

“We are learning all the time and picking up different ideas, which prove valuable in our knowledge of the game.”

Kent have a well established coaching pathway and a consistent thread through all age groups to the first team.

The County have been holding indoor trials during the winter with the emphasis on finding home grown talent, especially fast bowlers, and some may come through and get their chance in the second team this season, which is also likely to include players from Kent Premier League cricket.

Beckenham’s all-rounder Will MacVicar was a regular last season.

The Second X1 start their season on Monday when a joint Sussex-Kent side play Middlesex in a three day friendly fixture at Blackstone Academy in Henfield, and the team will be split between the two counties.

The season will consist of the usual format of championship, Trophy 50 over, and T20 competitions, as well as friendlies and Kent will play home matches at Polo Farm, Canterbury, the County Ground, Beckenham, the Nevill Ground, Tunbridge Wells, for the first time, and Folkestone Cricket Club.

Entry to Kent’s Second XI home fixtures are free for all and tickets do not need to be purchased.