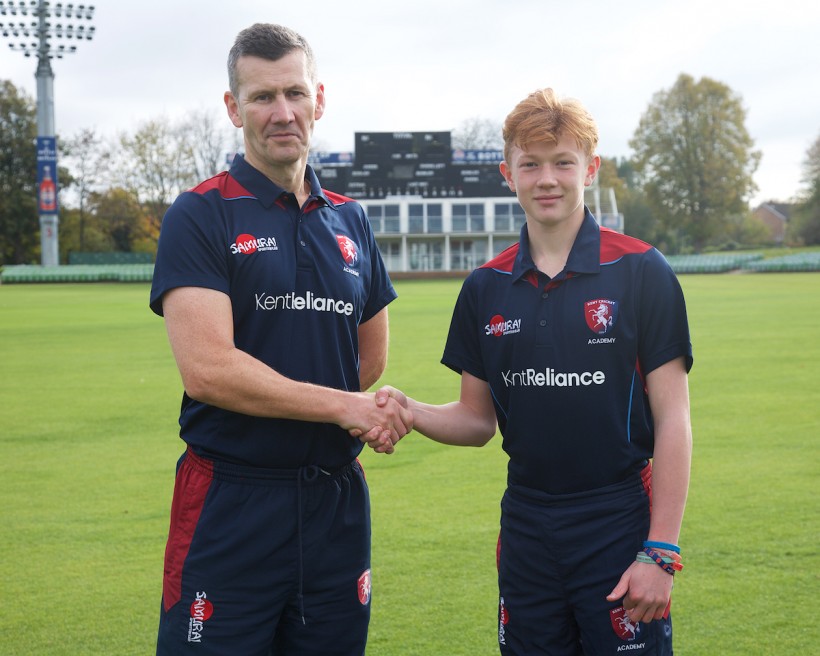 Academy scholar Isaac Dilkes hit a century in each innings as Kent Under-17s played out a hard-fought draw against Surrey at Guildford.

Kent posted 268 as the skipper shared stands of 101 and 73 with fellow scholars Julian O’Riordan (47) and Sam Smith (42) respectively.

Dilkes continued a fine all-round display taking two wickets in 10 balls to clean up the tail for the cost of a run.

In the second innings, Smith passed 50 again, adding 97 for the fourth wicket with Dilkes who hit 15 fours and two sixes in a superb innings.

Jack Gallagher (2/31) was the pick of the attack but Surrey offered stubborn resistance to bat for a draw.

Scott, Dilkes and Mark McLean took a wicket each before the sides shook hands.