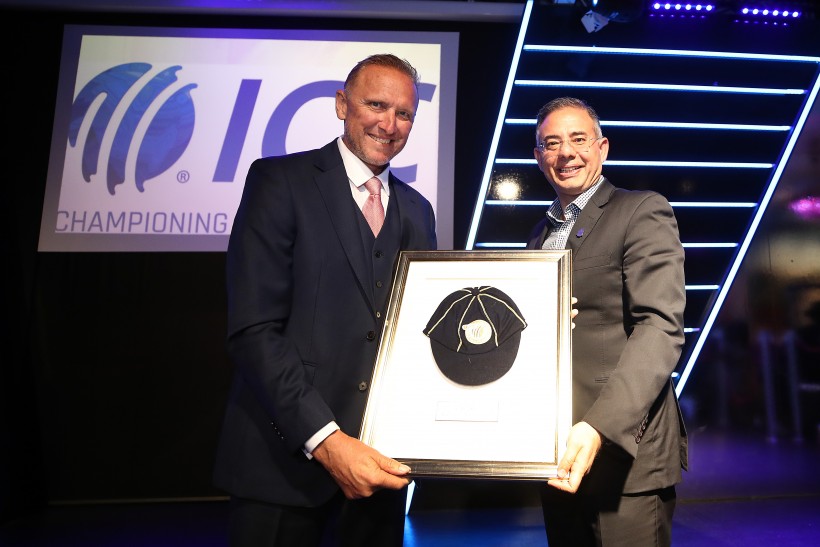 Kent assistant coach Allan Donald has been inducted into the ICC Hall of Fame.

One of the fiercest and fieriest fast bowlers, not just of his era but of all time, Allan Donald did as much as anyone to establish South Africa as a cricketing force to be reckoned with after isolation.

Born in Bloemfontein in 1966, Donald might have taken even more than his 330 Test wickets had he not had to wait until he was 25 to make his international bow.Still, he quickly made up for lost time, and statistically, his record is spotless. He averaged less than 25 with the ball in all but two countries, and less than 30 everywhere except Pakistan, where his average reached the not-so-dizzy heights of 32.

His MRF Tyres Test Bowling Ranking peaked at No.1 in 1998, a year in which he took 80 wickets – only Dennis Lillee has taken more in a 12-month period. His best rating of 895 points puts him 31st on the all-time list.

Donald also excelled in ODI cricket, taking 272 wickets in 164 games, spearheading the attack in the best white-ball side of their time. The lasting impression of him in the format might well be his run-out dismissal in 1999 Men’s Cricket World Cup semi-final, which sealed a tie against Australia and South Africa’s semi-final exit, widely recognised as the greatest ODI of all time – until last Sunday that is.

Less remembered are his first-innings figures of 4/32 which helped set up the classic, and his 16 wickets across the tournament.

But evaluating him purely on numerical terms neglects the indelible impression he left when in full flight. In an age of great fast bowlers – Wasim, Waqar, Walsh, Ambrose to name but a few – he was one of the fastest, with new-ball partner Shaun Pollock providing the ice to Donald’s fire. The nickname ‘White Lightning’ suited him to perfection, and the list of great batsmen he made hop and yelp is endless.

Perhaps most fondly recalled among his duels was his battle with Michael Atherton at Trent Bridge in 1998. The hosts were chasing 247, and a look at the scorecard suggests they achieved it fairly comfortably, reaching the target two wickets down to level the series.

But a 40-minute passage of play on the fourth evening was anything but, with Donald unleashing a fearsome barrage of bouncers after England’s captain had survived a not-given glove-behind.

The tete-a-tete came to an end when Nasser Hussain, non-striker for most of the encounter, edged behind, South African stumper Mark Boucher spilled it, and Donald let out a roar of frustration. But, as much as displaying his passion, it was also an incident that showed his sportsmanship.

Hussain recalls the pair sharing a beer at the end of play, and the following summer Atherton gifted one of his batting gloves from the innings to the Proteas quick as a sign of appreciation for their contest.

Players with Kent connections in the ICC Hall of Fame