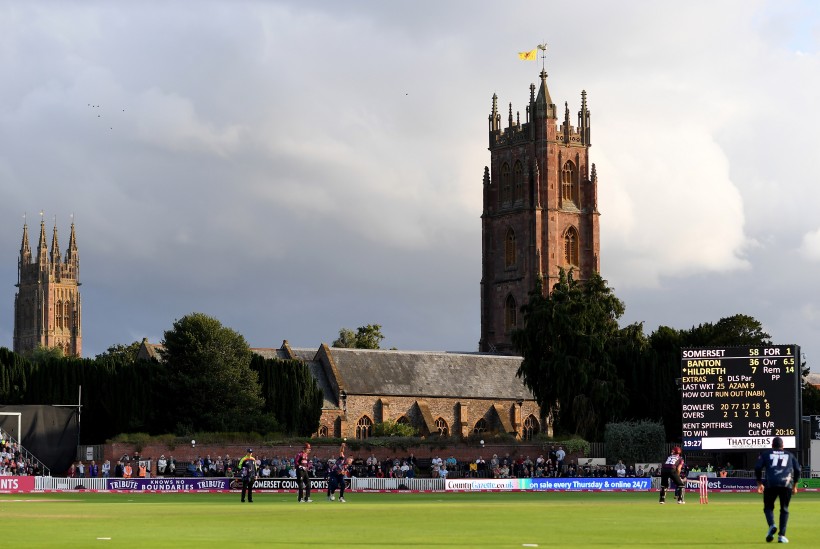 Tom Banton scored a maiden Vitality Blast hundred to propel Somerset to a 55-run victory over the Kent Spitfires and into quarter-final contention in the ultra-competitive South Group.

Banton’s memorable exhibition  illuminated the Cooper Associates County Ground in Taunton; the 20-year-old opener scoring exactly 100 from 52 balls with 9 fours and 4 sixes as Somerset posted an imposing 206-8 in 20 overs after winning the toss.

Somerset lost Pakistani batsman Babar Azam and veteran campaigner James Hildreth early on, but there was simply no stopping Banton, who went to his fourth 50 of the campaign from 27 balls. He was afforded a life on 57 when Adam Milne, stationed at mid-wicket, fumbled a catch, much to the chagrin of South African paceman Hardus Viljoen.

Banton made good his escape, smiting Nabi over long-on for six to register his best-ever T20 score, eclipsing the 71 he made against Surrey at the same venue eight days earlier.

He found a willing ally in Tom Abell, who hit the ground running and matched his young partner blow-for-blow in a whirlwind partnership of 102 in 8.5 overs for the third wicket.

Banton required a further 24 balls to go from 50 to three figures, realising his maiden T20 hundred in the grand manner, hoisting over square leg for his fourth maximum.The applause of an appreciative audience still ringing in his ears, Banton was out next ball, undone by Bell-Drummond, who then pinned Eddie Byrom LBW later in the same over on his way to figures of 2-19.

When Tom Lammonby was comprehensively bowled by Milne for two in the 18th over, Somerset were 179-5 and in danger of squandering a position of strength.

It was left to Abell to pick up the cudgels, Somerset’s captain surpassing his previous highest score of 57 before driving Viljoen high to Zak Crawley at mid-off for 63.

His high-octane innings spanned 33 balls and was adorned with 6 fours and 2 sixes.Overton and Tim Groenewald came and went quickly thereafter, but not before Somerset had exceeded 200 for a third match in succession.

Crawley afforded Kent’s reply early impetus, striking 35 from 24 balls in an opening stand of 50 in 5.2 overs with Bell-Drummond before driving Jerome Taylor to cover.

Somerset left-arm seamer Tom Lammonby struck a crucial blow, inducing danger-man Heino Kuhn to hit straight to long-off for 20 with the score on 89 in the 11th over.Overton then took centre stage, claiming three wickets in five balls in accounting for Bell-Drummond, Sam Billings and Nabi and reducing the visitors to 101/5 in the 13th over.

Milne then fell to Taylor in the 19th over, signalling the end of the road for second-in-the-table Kent, who now lead Somerset by just two points.

“You are not going to go through an entire tournament playing brilliant cricket and, hopefully, this is a one-off bad night.

“Momentum plays such an important part in T20 cricket and I’m sure this is just a blip. We are still a good side.

“We came up against a young player in outstanding form and, fair play to Tom Banton, he took the game away from us. It was difficult to know where to put the ball when he and Tom Abell were going well.

“It’s disappointing, but we’ll dust ourselves down over the next couple of days and then come back again. We’re still in a good position in the group.”

The Spitfires host Glamorgan back at The Spitfire Ground, St. Lawrence in Canterbury next Wednesday in a hugely important game in the Vitality Blast 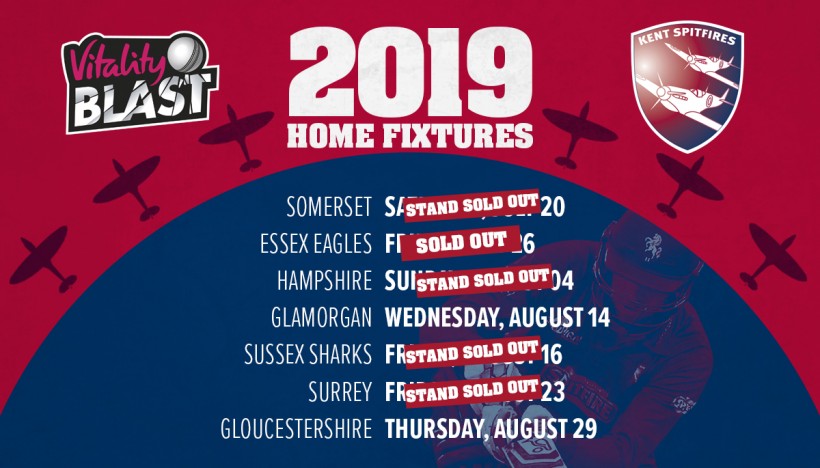