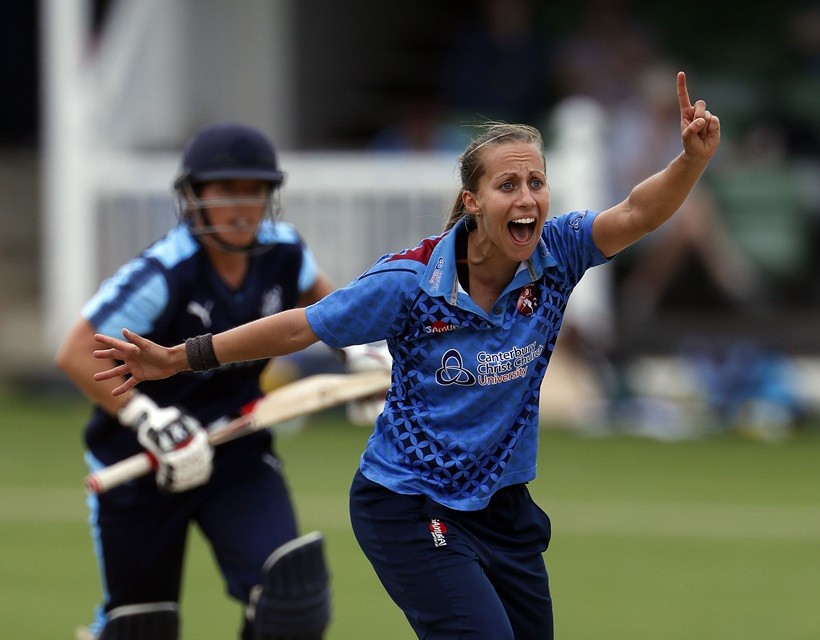 Kent Captain Tammy Beaumont and left-armer Tash Farrant have both been named in England Women’s World T20 squad heading to the West Indies this November.

Nottinghamshire’s Kirstie Gordon and Sussex’s Linsey Smith – both left-arm spinners with Loughborough Lightning in the Kia Super League – receive their first call-ups while Middlesex and Surrey Stars batter Sophia Dunkley is also in the squad.

Their selection follows strong performances in women’s domestic cricket, both at county level and across the KSL.

Coach Mark Robinson said: “It’s always an exciting time when any England squad is announced but especially when there are three newcomers included.

“Sophia, Kirstie and Linsey have all had outstanding summers domestically and impressed when they have been in and around the group. All three will bring something different to the squad.
“Everyone is looking forward to the challenges ahead and we can’t wait to get out there and get started.”

Denly and Henry named in PCA Team of the Year