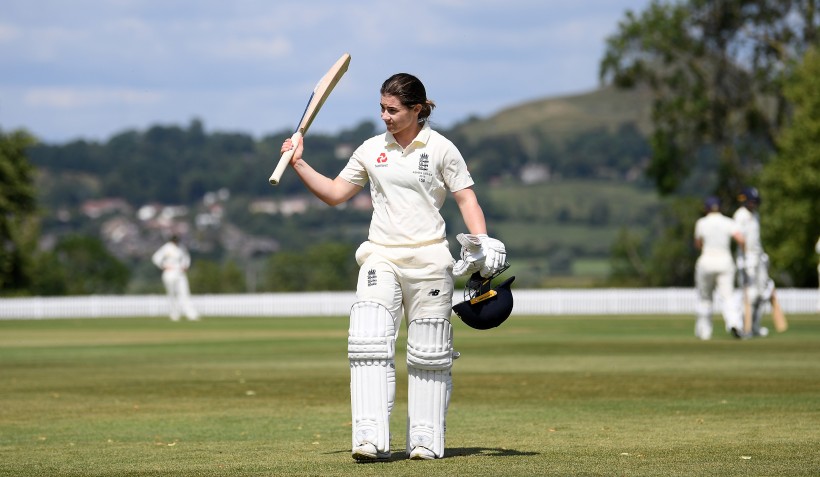 Kent captain Tammy Beaumont and all-rounder Laura Marsh have both been selected as part of England Women’s squad of 13 for their must-win Kia Women’s Test at Taunton.

Beaumont is fresh from scoring a century against Australia A in a four-day warm up match, retiring ‘out’ after her 169-ball ton with 16 fours.

Marsh finished the match with figures of 4/89 as England Women won by 319 runs at Millfield School.

Kirstie Gordon – who impressed in last winter’s ICC Women’s World T20 before picking up a stress fracture – is brought into the squad after taking eight wickets in the warm-up fixture between Australia and England Women’s Academy.

Danni Wyatt and Jenny Gunn, who were a part of the ODI squad, will stay with England Women’s Academy to take part in T20s against Australia A and Ireland, the latter fixtures a replacement for Ireland’s series against Zimbabwe which as cancelled.

Fran Wilson and Alex Hartley will stay with the Test group in Taunton as cover.

England captain Heather Knight said: “It’s obviously a very important match for us and we need to win it to stay in the series.

“The beauty of the multi-format points series means we’re still very much in the battle, a normal bilateral series that finished like the ODIs would have been finished but we can get back to 6-4 with a win in the Test match and that’s exciting.

“The warm-up at Millfield was ideal. We saw batters get runs and spend time in the middle and the bowlers performed well to bowl out the opposition twice on a flat one. We’re raring to go again to get back into the Ashes.”

Honours even at Hampshire