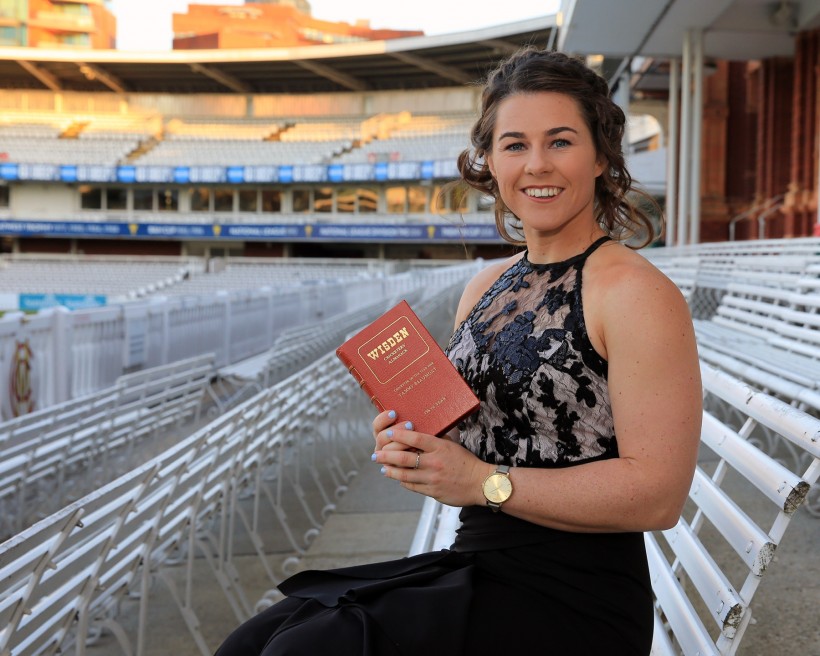 Kent Women Captain Tammy Beaumont has been named as one of Wisden’s Five Cricketers of the Year for 2019.

Beaumont finished the 2018 season one of three names shortlisted for the NatWest England Women’s Player of the Summer, capping off an impressive home season for the Dover-born batter.

The Kent Women Captain excelled as a key part of the England Women ODI squad, averaging 50.22 with the bat in nine ODIs in 2018.

Successive centuries against South Africa firstly at Hove (101) and then at her home ground at The Spitfire Ground, St. Lawrence (105) triggered a run of form where Beaumont did not score under 40 runs in an ODI for the rest of the calendar year.

Another impressive performance for England in T20I competition saw Beaumont record her highest career T20I total on 20th June, again versus South Africa, scoring a mammoth 116 from just 52 balls at a strike rate of over 223.00. In that fixture, England recorded the highest ever innings total in a women’s T20 international.

At the end of her devastating Summer for England, the right-hander was named England Women Most Valuable Player after two Summer series against South Africa and New Zealand.

In October 2018, she was named in England’s squad for the 2018 ICC Women’s World Twenty20 tournament in the West Indies alongside Kent teammate Tash Farrant and Kent’s new signing, Fran Wilson. Ahead of the tournament, she was named as one of the players to watch.

England narrowly lost out to rivals Australia in the Final, with Beaumont England’s fourth highest run scorer in the tournament.

2019 sees Beaumont and England contest the Women’s Ashes. The Kent Academy graduate will no doubt be an integral part of the squad for England again this year.

Kent’s Wisden Cricketers of the Year

Kent Cricket is delighted to announce that The Spitfire Ground, St. Lawrence will be hosting a Women’s One Day International between Cricket World Cup Champions England and World T20 Champions Australia on Sunday 7th July, as part of the 2019 Women’s Ashes series (2-31 July).