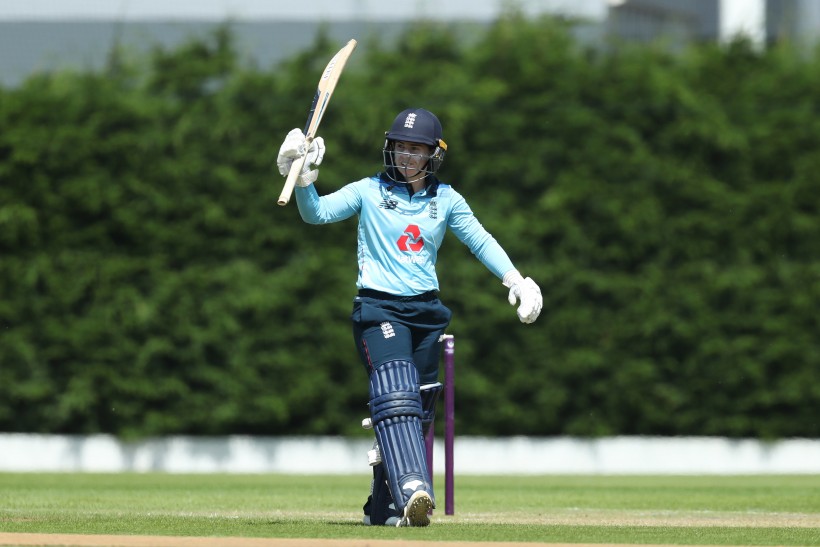 In the first ODI of a three-match series, England skipper Heather Knight won the toss in Malaysia and elected to bat first.

Beaumont, opening with her Melbourne Renegades teammate from this Winter, Danni Wyatt – the two put on a first-wicket stand of 188 runs in 33.6 overs, before Wyatt fell caught and bowled to Bismah Maroof for a quick-fire 110, with Beaumont on 73.

She was joined in the middle by captain Knight, and the two put on another 60 runs together – Beaumont reaching her seventh score of 100 or above for England in ODI cricket in the 43rd over of the match.

That takes her to No.3 on England’s list of ODI centurions, only Charlotte Edwards and Claire Taylor have scored more hundreds.

Two overs later, Beaumont eventually departed for her final score of 107 runs from 141 balls, caught by Maroof from the bowling of Rameen Shamim.

England finished their 50 overs with the bat on 284/6, with Beaumont’s Kent teammate Fran Wilson also contributing six runs to the score in the final two overs.

Pakistan reached 130/4 by the end of the 31st over before a short rain delay, eventually ending on 209 all out in the 45th over.

England picked up the win and now lead the series 1-0.