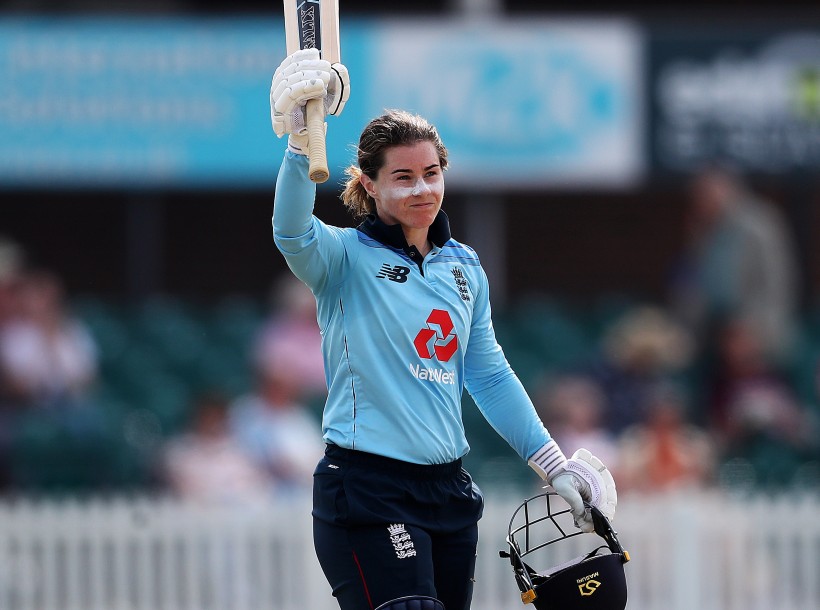 Kent captain Tammy Beaumont became only the fifth English woman to record a century against Australia as England succumbed to a four wicket defeat at the Fischer County Ground in Leicester.

Be there for the third Royal London ODI between England Women & Australia Women this Sunday at The Spitfire Ground, St. Lawrence >>>

Australia Women’s win in the second Royal London Women’s ODI takes them up to a 4-0 lead in the Women’s Ashes.

Aside from Beaumont’s brilliant 114 from 115 balls, the second-highest contribution was just 25 as England were bowled out for 217. Delissa Kimmince was Australia’s star performer, recording figures of 5-26.

Like in Tuesday’s first ODI, England rallied with the ball but once again their total proved chaseable for Australia who – like in the 2017/18 Women’s Ashes – have now won the opening two matches of the series.

On that occasion England fought back to win the third ODI and they’ll be desperate to do the same at Canterbury on Sunday to avoid falling 6-0 behind in the multi-format points series.

Australia, having retained the urn last time out, need only to reach 8 points to maintain their grip on the Women’s Ashes.

England captain Heather Knight said: “It’s disappointing. It looked as if we may be on for a higher total but nobody was quite able to keep Tammy company.

“She batted fantastically well and if someone could have stayed with her then we may have been able to get up beyond 250.

“We probably could have been a bit smarter with the bat, with the platform we had, and we need to take the learning from that.

“Again we were good with the ball and we fought and stuck in the match but the two Aussie batters in at the end played really well and took it away from us.”

The Spitfire Ground, St. Lawrence will be hosting the third One Day International between England and Australia THIS SUNDAY, as part of the 2019 Women’s Ashes series (2-31 July).

Rouse to play for Sussex in tour match