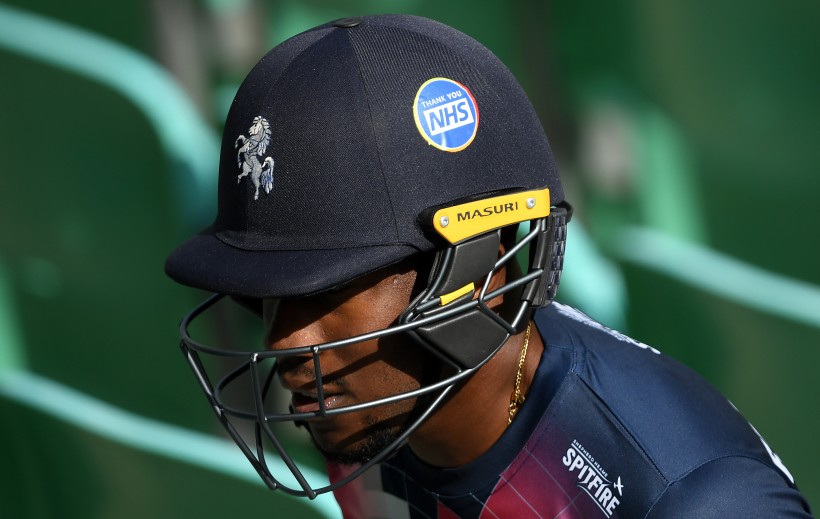 Daniel Bell-Drummond is top of the PCA Vitality Blast Most Valuable Player Rankings with half of the 2020 tournament still to play, 15 MVP points separate him from Sussex Sharks’ Danny Briggs in tenth position.

Bell-Drummond has been the outstanding performer so far in this year’s 20-over competition, scoring 59.5 MVP points for his batting as well as captaining Kent Spitfires to three group stage victories.

He has been a model of consistency throughout this year’s tournament, with a lowest score of 22 at the top of the order and individual highlights of 72 and 81 coming against Middlesex and Essex Eagles respectively.

The latter performance earned Bell-Drummond the Player of the Match award for the fixture on 5 September – the 26 MVP points he earned on that day saw him leapfrog Keaton Jennings atop the Rankings, and he has not been deposed since.

The form of both Bell-Drummond has inspired his side to considerable success in the group stage to date. Bell-Drummond’s Spitfires currently top the South Group with eight points.

The PCA’s purpose-built MVP algorithm was designed by the Association in conjunction with the players to identify the match-winners in any given fixture.

On top of traditional batting and bowling averages, bonus points are awarded for key disciplines in the game such as scoring quickly and taking top-order wickets, meaning the Rankings give the truest reflection of the best players in the game.

At the end of the summer, each player’s cumulative MVP points will be calculated, and one MVP will be named for each of Vitality Blast and Bob Willis Trophy, as well as a cross-format Overall MVP.

Article courtesy of the PCA 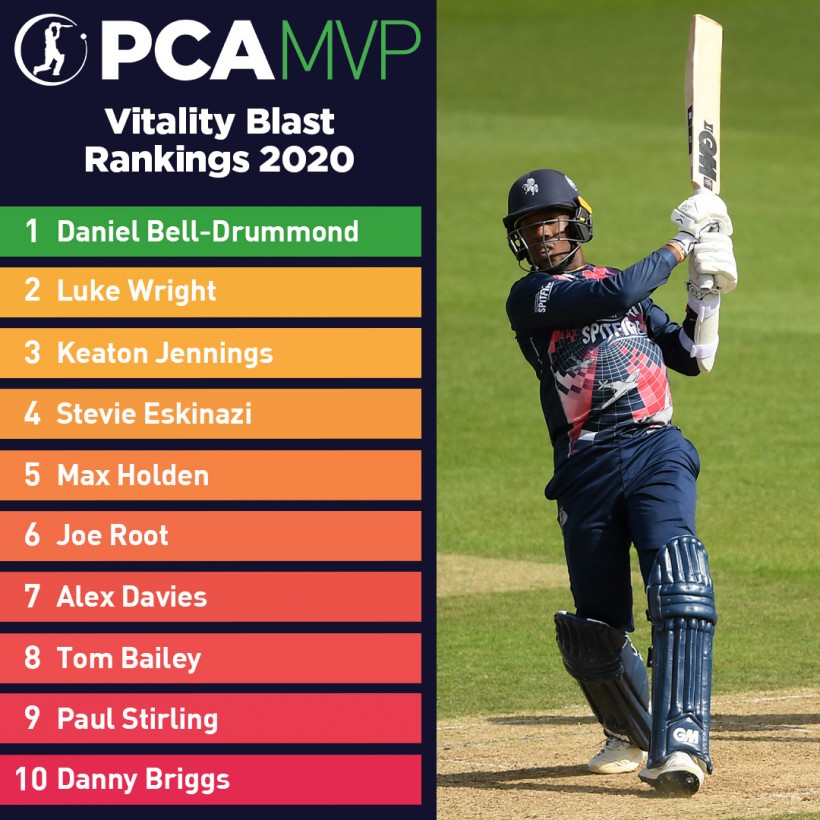