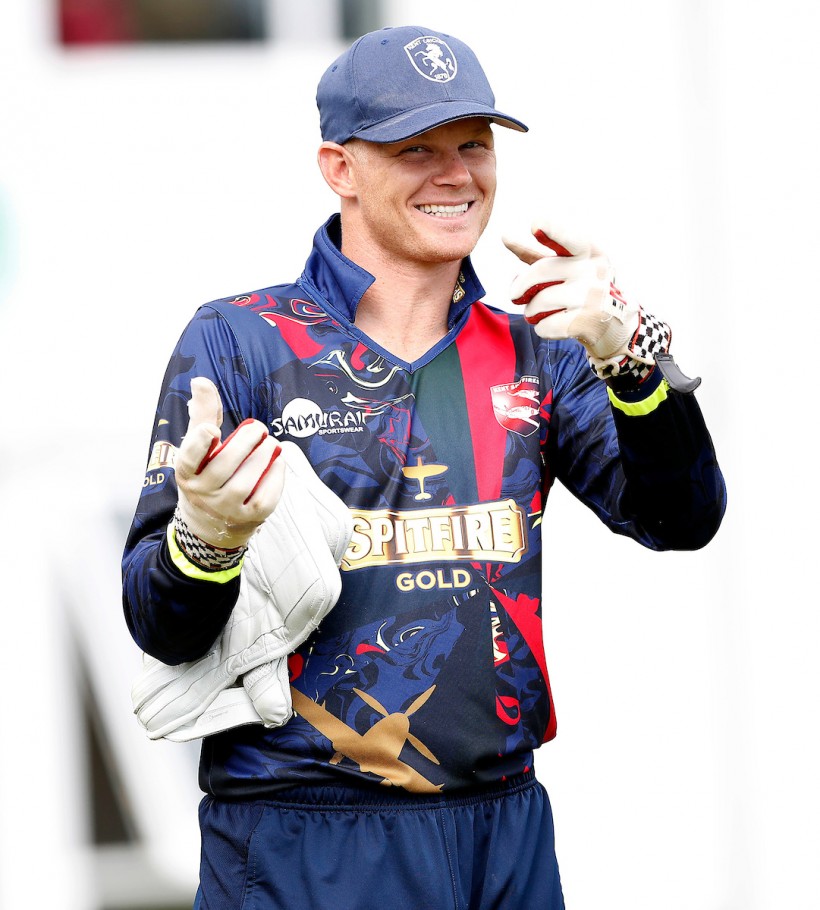 The Spitfires top the table in the South after three wins from four matches with three of the matches going to the final over and a comprehensive win against Somerset at Taunton.

And looking ahead to Friday’s clash with Surrey, Billings said: “Every game is a big game now and it’s all about momentum. If I’m honest, I’m pleased we’ve had time to recuperate and reenergise.

“Aaron Finch is a dangerous player, Jason Roy might be back [finger injury permitting], and the Curran brothers too. We know how good they are but, we’ve beaten them already and it’d be lovely to beat them again to keep our momentum going.”

Kent will hope to welcome back Kiwi paceman Adam Milne after he missed the Beckenham win with a swollen ankle. West Indies T20I captain, Brathwaite, has also extended his stay by one game, enabling him to play against Surrey in what will be his only appearance at Canterbury before the arrival of Australia all-rounder Marcus Stoinis.

Kent have edged tense victories against Surrey and Hampshire at the start of the short-form campaign, garnering confidence aplenty to take into Friday night’s clash with Surrey at the Spitfire Ground, St Lawrence [7pm start].

Billings, who was named as Kent’s man-of-the-match for his career-best 95 not out against Hampshire at Beckenham last Friday, said he expects the tight finishes to keep on coming.

“It just goes to prove that you’re never out of a game in T20, especially on these small grounds,” said Billings after Kent’s three-run success. “Hampshire didn’t bat very well, and I’m sure they’d agree with me on that, but they still got so close and, if they’d had one of their top four or top five batters in, then we’d have struggled to protect that score.

“This South Group is so tight, Hampshire are none from three to start, but you know they will hit a patch of good form. They’re too good a team not to, so it may all come down to one round of fixtures at the end, like it did last year. So, we must keep winning and getting better.

“There’s still a lot of room for improvement, certainly in the powerplay with our bowling where I feel we’re leaking too many runs. To go for 70 in a powerplay after we’ve taken three quick wickets, we really have to look at that, come up with plans and execute them.”

Billings added: “It was brilliant that we saw it through and Mitch Claydon and Carlos Brathwaite were fantastic at the end there and we’ll take a lot from that. Joe [Denly} keeps doing it with the new ball up front too, so credit to the attack for keeping it together.

“T20 keeps changing and pace off the ball is so effective nowadays. People can ramp and deflect all the pace stuff and hit it 360 degrees, so Joe’s leg-spin has been a great find for us. I had it in my mind that Joe was going to bowl a lot of overs this year. He has got us some top wickets these past two seasons and leg-spin, with the ball turning away from the right-handers is proving key.

“Mitch too, as our elder statesman, keeps evolving and, to be fair, in T20 you have to, otherwise batsmen catch you up and work you out. Mitch has done it year-after-year bowling at the death and is so consistent. He’s working on new skills and has different slower balls and more options, so fair play to him.”

As for his own 54-ball contribution with seven fours and five sixes, Billings said: “It’s kind of tricky going in at number four. It’s an interesting phase of the game because you have to take risks, but not get out at the same time, it’s all-encompassing. When I play at my best I give myself a bit of time to get in and then explode at the end, so that’s the template I’m trying to use.

“I know if I take my innings deep I can hit 360 and people are scared of bowling at me, so although I’m happy to put these runs on the board I felt I should have got a hundred.”