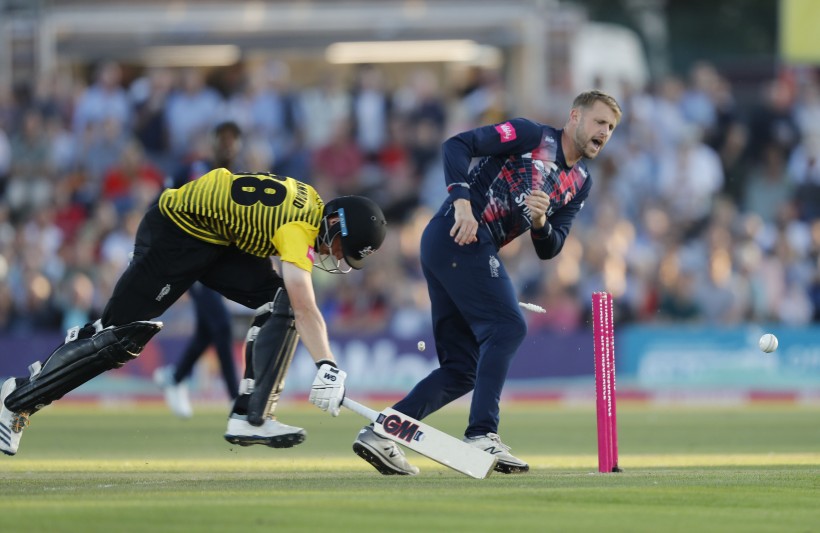 The Spitfires have had some near misses along the way but have not reached a Finals Day since 2009 when they were led by Rob Key and bowed out to a Somerset team featuring current Australia coach Justin Langer.

Ahead of this season’s Blast campaign – which will begin earlier in the summer in May – the Spitfires boast a strong core of homegrown talent which is set to be boosted by Sam Billings after he missed the majority of last summer’s campaign through injury.

Afghanistan all-rounder Mohammad Nabi is also back and Blake, who recently became Kent’s first ever homegrown player to sign a white-ball contract, is targeting a return to domestic cricket’s showpiece day at Edgbaston on September 5.

“It has been a few years now (since we made Finals Day),” he said.

“We have got close a few times and it is something we pride ourselves on, our short-format cricket, so hopefully we can go one step further and get past a quarter-final and get to Finals Day.

“We’ve put together a good squad over the past couple of years and I think the club have look to base that on culture.
“We have some great players and we’re looking to pull that together this season as a county.”

Kent have an added sense of unfinished business to attend to after they narrowly missed out on the quarter-finals last season despite winning six of their opening seven matches.

As one of the senior players the left-handed Blake is determined to do what it takes to push his team that extra step with his hard-hitting providing an X-factor so vital to Twenty20 success.

“I’ll play whatever role I need to for the team,” he said.

“We have some exciting overseas recruits coming in alongside some top homegrown talent amongst the squad. I’m just happy to be a part of it and to try and win some games here and there.

“The main thing for us is to qualify and get to Finals Day.”

Kent open their campaign on the opening night away to Sussex Sharks on May 28 before a Friday night home opener against Surrey a day later.

And after tickets went on sale for Blast matches on Monday, Blake has called on Spitfires fans to get their tickets early and get The Spitfire Ground, St Lawrence rocking as they aim to make it a home fortress.

“It’s always my favourite part of the season. There’s big crowds and you can’t beat those Friday nights under the lights. I’m really excited to get going with it,” he said.

“We have seen over the past few years how much the crowd has helped us and how exciting the games have been. I think the Friday night and Saturday fixtures will bring the best out of us.

“It [The Spitfire Ground] is not the biggest capacity but I think that the way the ground is situated and the way we do it we put on a good show.

“The atmosphere has been really good and hopefully there will be more of the same this season.”

Kent Spitfires will play all of their Vitality Blast group games on either a Friday, Saturday or Sunday next season with The Spitfire Ground set to provide the perfect social occasion this Summer. 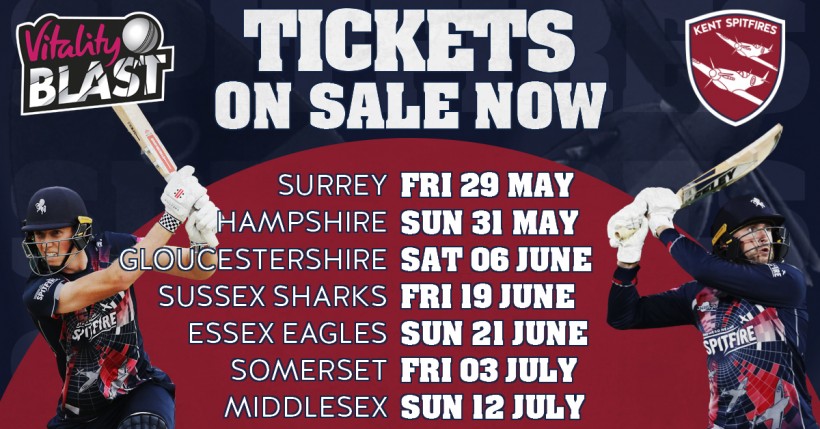