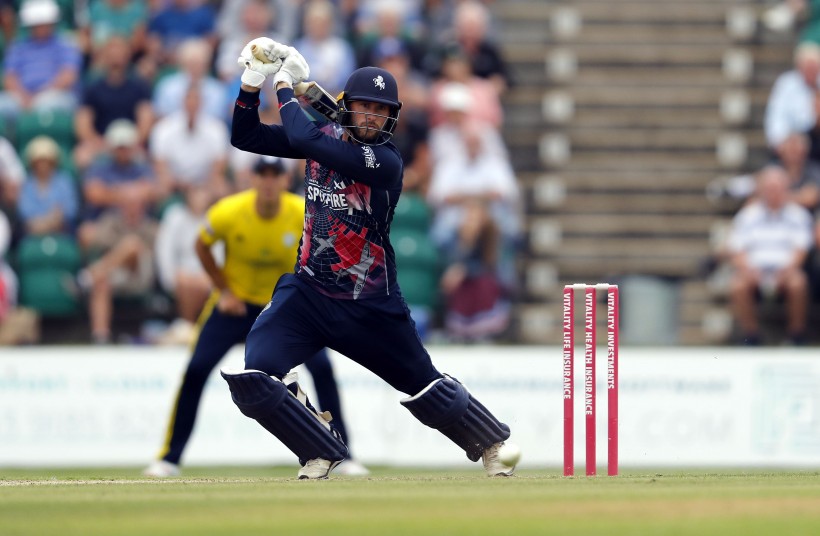 Kent Cricket is delighted to announce that Alex Blake has extended his stay at the Club until at least the end of the 2022 season.

The 30-year-old’s new deal will be the Club’s first ever white-ball contract for a homegrown player.

The left-hander his cemented himself as a mainstay in the Kent Spitfires’ white-ball sides since his List A debut with the county in 2007, after winning the John Aitken Gray Trophy, given to the Club’s outstanding Academy graduate annually, in both 2005 and 2006.

Blake has also won the Alan Ealham Cup, given to Kent’s Fielder of the Year, on three consecutive occasions between 2014 and 2016, a joint-record for the award.

He was awarded Kent Cricket’s 214th County Cap at the 166th Canterbury Cricket Week in August 2017.

In 2019, Blake hit two match-winning T20 knocks for Kent, most infamously at the Ageas Bowl against Hampshire in July. Needing 16 runs to win in the final over, Blake hit two successive sixes to secure victory with one ball to spare.

He finished last Summer’s Vitality Blast joint-top of the Spitfires’ six hitting charts, with 12 in as many matches, finishing the tournament with a strike rate of 148.90.

On signing a white-ball contract for his home county, Blake said: “I’ve enjoyed a good career so far as a Kent player and I’m excited that I can focus on my white-ball game for the Kent Spitfires.

“I really enjoyed playing red-ball cricket for Kent, especially scoring my 105* against Yorkshire in 2010, but limited overs matches are where my passion lies and the Kent Spitfires are definitely going places in white-ball cricket.”

Kent’s Director of Cricket, Paul Downton, said: “I’m excited that Alex has become our first white ball only contracted domestic player. He is already a brilliant striker of a cricket ball and an outstanding fielder.

“By focussing purely on his white ball game, we believe Alex can become a really consistent match-winner for Kent.”