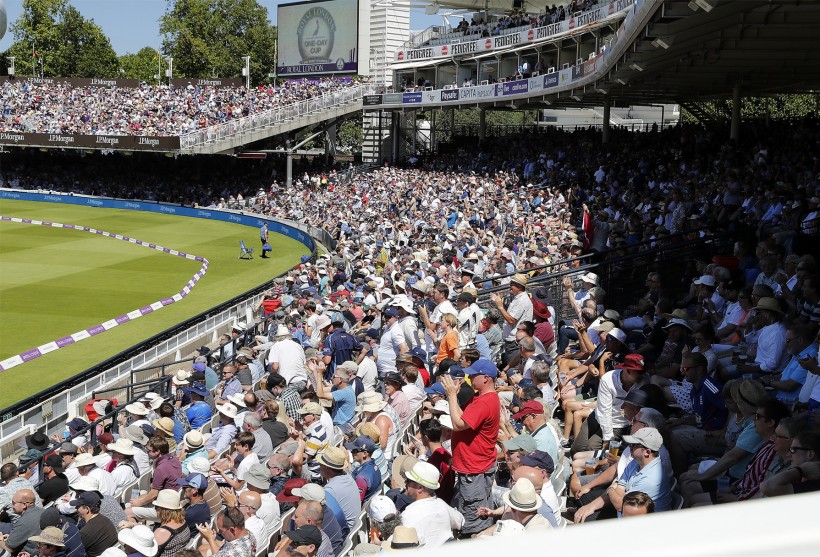 I know, I know we lost, we lost at Lord’s again, the chap two rows in front of me was sobbing his heart out at the end, but all I could feel was monumental pride.

Unfashionable, unfancied Kent, a club not blessed with a Test Ground or the deep pockets of a benefactor were back where they belong, fighting for honours.

We failed to snatch the big prize on the day, credit to Hampshire who edged us in batting, bowling and fielding, but it was still a grand old opportunity to show the County of Kent deeply cares about the county cricket team.

I was proud when I turned up at Canterbury West station to see the place swarming with fellow Kent fans making the pilgrimage up to London more in hope than expectation. The high-speed train was more like a cricket-special as it disgorged its throbbing mass of excited humanity at St Pancras, the tube was alive with Kentish hopes and phrases.

Once inside Lord’s it soon became apparent Kent fans massively out numbered their Hampshire brethren, perhaps but as much as 4-1. The attendance of just shy of 21,000 was the highest at Lord’s for a domestic final since 2009 and it felt like a Cup Final despite the naysayers predicting the demise of the 50 over format.

I was just glad to be there, having returned from watching England in the World Cup in Kaliningrad eight hours before my alarm went off to head for Lord’s.

My route back to Canterbury had seen me go by coach from Kaliningrad to Gdansk, then a flight to Munich before landing at Heathrow. I have to admit cricket news in Nizhny Novgorod, Moscow and Kaliningrad was a tad sketchy but I did know we’d demolished Middlesex in the floodlit Championship match at the St Lawrence.

As for the game, well much has been debated about the toss and putting them in, but chasing is in vogue at the moment, Kent have been highly successful chasers this season at home to Glamorgan, at home to Somerset, at home to Gloucestershire and then at Nottinghamshire in the quarter-final and then at Worcestershire in the semi-final. Personally, I prefer to bat first, a legacy of so much success doing that in the 1990’s, but there was a green tinge to the wicket and we backed ourselves…

Obviously, people can be wise after the event and a bit snarky towards Billings which doesn’t help at all given we are only halfway through the season and have high hopes of maintaining our momentum.

The other issue was the booing of ex-Kent captain Sam Northeast. I’ve heard worse, especially at Test matches versus Australia, but nevertheless I thought it unnecessary, particularly if it further motivated our ex-player.

I fully appreciate the circumstances of his departure were less than ideal but I preferred to focus on our team and players that want to play for Kent. I suppose at least it showed we still care passionately. Indifference would be worse for the health of the domestic game. Imagine if nobody cared! The game would be well and truly up.

I admit I didn’t stay for the presentation of the trophy, I couldn’t face that again, but left a sun baked Lord’s with a curious mix of emotions. Gutted we lost of course, but also proud of our team, proud of our legion of fans and most of all delighted that we now appear to have a team worthy of the support and the history of our great county. Whether that means actual silverware this season is obviously still to be decided, but we do appear to have got our mojo back at long last.

Next up is the T20, Stoinis, Brathwaite and Milne will join the squad for the Vitality Blast. It will be interesting to see if they can be more consistent (in a good way!) this time beginning at the Oval.