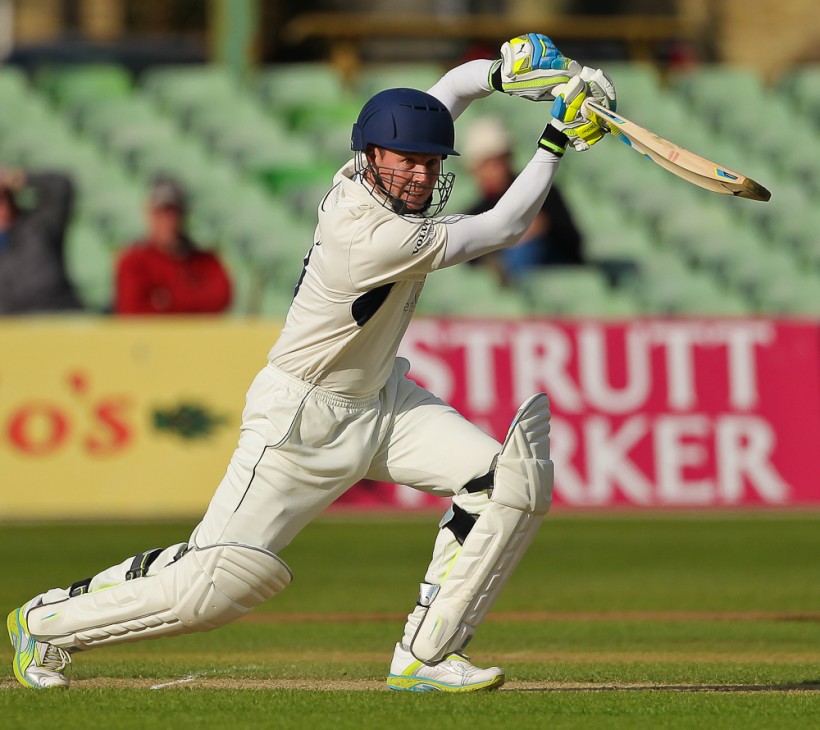 It’s been a good couple of weeks for the Club since I last blogged –with a comfortable win and a hard fought for draw.

It was a fantastic win up at Northampton and that was probably an ultimate performance with the way we bowled as a unit.

To only have to bat once was great and it was especially pleasing seeing Mike Powell get his first hundred for Kent. I was glad to be out there with him as we’ve been friends for a long time.

I really enjoyed the partnership we put together and it went a long way towards us winning that match. It’s nice to have a good moment like that, this early in the season.

It’s always good to get that first win under your belt and that should stand us in good stead for the rest of the season.

We then had a few days before we started this latest game against Gloucestershire and at times we have to admit there were times we were slightly outplayed.

It was good that we got to that last day in a position where we felt that we could restrict them and force them to set us a total that they didn’t believe we could chase down.

We grafted hard to make sure they didn’t score their runs too freely and have more overs than they did to have a bowl at us. In the end, we’ve come away with a draw and we remain undefeated.

We have to say it wasn’t the most generous of declarations from them and Keysy was muttering away out in the middle as he couldn’t believe that they were still sending out batsmen.

They were a bowler down though to be fair to them and they took eighty overs to bowl Hampshire out last week with a full prong attack, so they probably erred on the side of caution.

We knew as long as we batted better than we did in the first innings and saw off the new ball, we’d have a good chance of seeing out the day.

Winning it would have been a tall order, but you never know going into that last session with wickets in hand. There wasn’t talk of chasing it down though as the outfield is pretty slow at Canterbury now.

We now get a few days off to freshen our minds ahead of Yorkshire coming to Canterbury on Thursday and it’ll be nice going into the game on the back of being undefeated.

It’s been a great start and it’s nice to hear that the members are happy with the start to the season. Hopefully they can all see what we’ve been doing over the winter is paying off, with Jimmy coming in and all the new signings.

It’s a case of taking all the right steps in the right direction for me and coming together as a group as early as we have is great. It bodes well for the rest of the season, but we need to make sure we don’t get complacent and keep doing all the things we should like training hard and putting in the performances out in the middle.

We enjoy each others company and although we play hard when we’re on the field, we relax and have a good laugh when we’re back in the dressing room.

With the games coming thick and fast, when you get a few days off it’s nice to be able to catch up with the kids. Last week we went swimming which was great and it’s just nice being able to spend some time with them around the house.

On Tuesday, I’ve got a lunch for my Benefit year up in London with guys like Andrew Strauss and Michael Vaughan coming.

It’ll be nice to catch up with some old faces and see what everyone has been up to over the winter.

It’s also a good chance to say thank you to the people for supporting me, so I’m looking forward to that one.

I’ll let you know how it all went in my next blog.