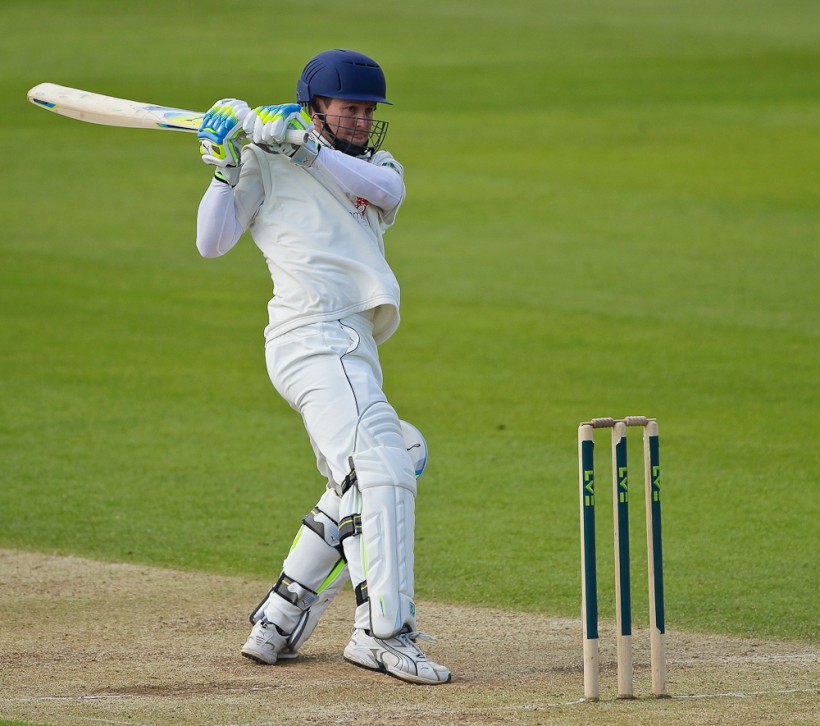 It’s been a good couple of weeks for the Cricket Club with good wins over Leicestershire and Warwickshire.

To beat Leicestershire in the County Championship in the way that we did was nice. To bowl them out on the third day as quickly as we did was credit to the bowlers.

Batting just the once was good too and credit to Powelly for getting his first hundred at Canterbury.

We needed that win in the Championship as we’ve been unlucky with the weather this season and getting draws when we’ve been in good positions.

Straight after that game we had what I hope is our only blip of the season as we lost to the Unicorns.

We showed the character to bounce back from that defeat to record a comprehensive ten wicket win over Warwickshire in the CB40. Again it was down to the bowlers for setting that game up with Mark Davies picking up three wickets for ten in his eight overs.

That gave us a fantastic start and Sam Billings went out and did exactly what we wanted by knocking off the total as quick as possible. He hit the ball very cleanly and we wrapped up victory quickly, which is what you want to do in those situations.

That game gave us the confidence going into facing the Unicorns again, but alas the weather got the better of us again and we had to settle for a draw against them in Southend.

Before the game on Tuesday, I spent some good time sorting through my kit for Tunbridge Wells week with all of it in the boot of my car. We have now got all three formats of the game in the space of about a week, so as a wicketkeeper I have to have one of everything for all three kits.

You can only imagine the fun making sure I have to have all the right colour kits for the right days. We’ve also had to clear our lockers at Canterbury this week as there will be a University game at the St. Lawrence Ground, so I have absolutely everything with me.

It’s going to be a pretty full on week with the Hampshire game going from Wednesday to Saturday, we then play Northamptonshire in the CB40 at Tunbridge Wells on Sunday, we get a day off on Monday and then we’re back to Tunbridge Wells on Tuesday for our first T20 game against the Sussex Sharks.

I do enjoy playing at Tunbridge Wells though as you can get out around the ground and have a chat to people, although the forecast doesn’t look great for the week. We generally do well there and it’s always nice to get back there for the Festival.

Although we are playing within the county, a lot of us are staying in a hotel in Tunbridge Wells as it can be a bit tricky getting there every day from home as you can get delayed and it can take an hour and a half from home on a bad day.

It also gives me a chance to catch up on some much needed sleep that I don’t always get at home!

We also get fed well when we’re at Tunbridge Wells as there is a fantastic landlord at the Black Horse in Pembury. I’ve got a Benefit hog roast there on the Thursday, so I’m looking forward to that.

Away from cricket, I had a couple of evenings out last week. On the Wednesday night I went to the Charles Dickens pub in Broadstairs as Phil Thorley, who runs Thorley Taverns with his dad Frank put on a Benefit do for me. It has been recently refurbished and Chris Cowdrey came along and spoke, so that was a good night there.

On the Thursday, we went to see Mumford and Sons and the Leas Cliff in Folkestone. It was a fantastic night to go out with some friends with Darren Stevens and Mark Davies coming along too.

It was a great gig and one of the world’s best bands to play in front of about a thousand people. It was also nice to be able to park within about 200 yards of the stage, so that made it even better!

She was also busy making plans for the Jubilee weekend as we put on the Nash Bash where we live with plenty of neighbours out in a field having a good time.

I managed to see bits and pieces of the Jubilee weekend and it’s nice to see the people getting out there and showing how much the Queen is held in such high regard.

I’ve been fortunate enough to have met the Queen twice, once at Lord's and then when I was awarded with my MBE.

It was a real honour for me to have met her and it’s been good this week to see people paying their respect for the service she has put in over the past sixty years.

Before I sign off, can I invite you all to have a look at my Benefit site – www.geraintjonesbenefit2012.co.uk as we have got some great events still to come.

We’ve got a wine tasting evening in Jonesy’s Kitchen at the St Lawrence Ground on July 19th and then there is a Brewery tour and dinner with Shepherd Neame on Thursday 9th August.

I’d love to see as many of you there for either event.