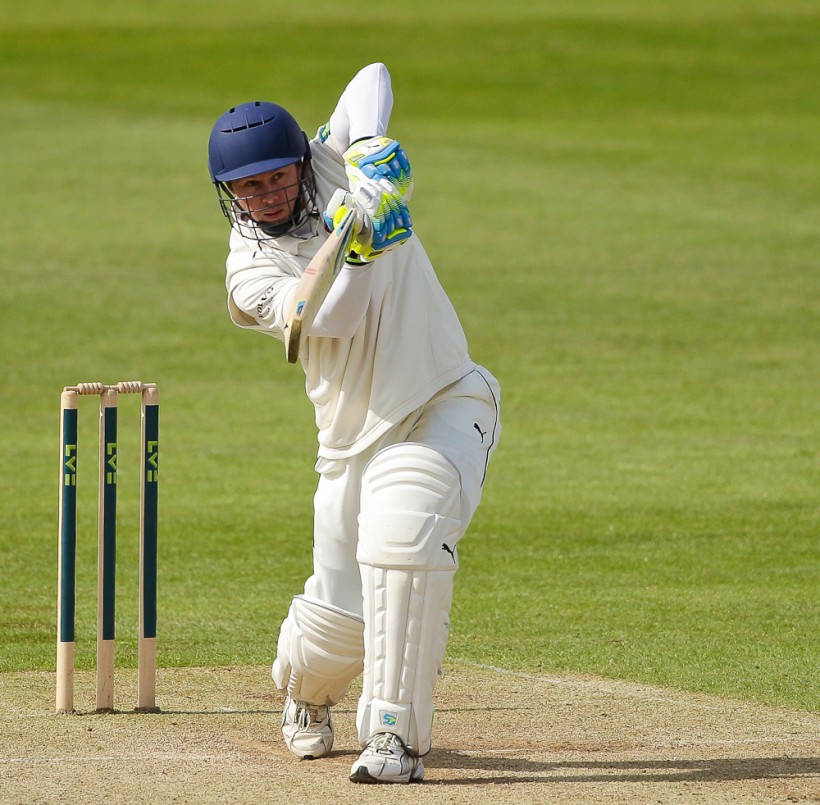 With the season now well and truly underway, it’s good to have our first game under our belts, but we want that first win.

It was good to come away from Grace Road with at least a draw, but we were hoping to pick up a win there.

Treddy had been back for a few weeks and it was his first real game in charge. Unfortunately the wicket was pretty dead and Leicestershire batted slowly.

After we had pushed on and got over 400 after being invited to bat first, saying that we would have batted first if we’d have won the toss, they took 170 overs to get their fifty run lead and that kind of killed the game.

We saw them as one of the weaker sides and were hoping to get the win, but with the nature of the wicket it was probably going to be a draw.

I batted well in the first innings, but we lost wickets at the wrong time. I had good partenerships with Stevo, Calum Haggett who impressed and then Colesy. Davo chipped in with some late runs too, so it was nice to see the tail wag.

We had to go in with a five man attack as Stevo had a side niggle and that restricted how many overs he could bowl. It meant Treddy needed more options and it was unfortunate for Daniel Bell-Drummond to miss out, but Calum Haggett did well when given his chance.

He is one for the future and batting at five he will get a chance to show what he can do. We’d spoken about that a bit and it’s good that he got his first hundred against Cardiff MCCU.

He got runs again in the second team last week and I’m backing him to do well again this week against Lancashire.

Keysey scored big in the second innings at Grace Road and it was good for him now he has stepped away from the captaincy. He can play with a bit more freedom now and he’s not scored the runs he would have liked in the last few years.

He still has an impact in decisions and is trying to help Treddy as much as he can.

Jimmy Anderson will be part of the Lancashire side this week and as batters we should try and raise our games against him. It will be his first run out of the season and maybe we can get that win to kickstart our season.

Derbyshire did well last year with getting results early on and we need to do the same too.

Old Trafford is generally a results wicket and it would be nice to come away on Saturday with a win.

This weekend has seen me busy on the farm worming the sheep and there are always lots of jobs to do. With the first two games being away from home, it’s good to have some time with the family, although being away I get to catch up with some sleep!

Unfortunately, we had a funeral on Monday as Jen’s grandmother passed away. It was a sad day, but she had a good send off and the church was packed.

Till the next time.