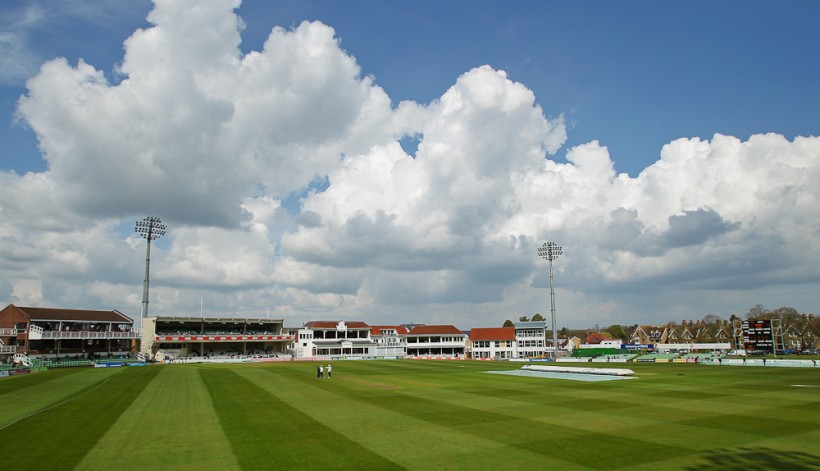 Kent Cricket CEO, Jamie Clifford writes a regular 'Welcome' for our Kent Cricket Match Guides. We have decided to extend these to our online supporters to enable everyone to keep up to date with Club activities. Match Guides are available at each of our home matches, priced at 50 pence or free to Kent Cricket Members purchasing a scorecard. The Guides include player interviews, match statistics and are a great read!

The start of a new season is always a time of excitement, and a time to look forward. But while there is a keen anticipation at the club of the weeks and months stretching before us this summer, there has also been much time spent in recent days remembering the life of Mike Denness and the massive contribution he made to Kent cricket since the 1960s as player, captain, committeeman and, in this past year, as our president.

These notes offer me my first real opportunity to pay tribute to Mike, who died on April 19, to a wider Kent audience, and the first thing to say about having the chance, through this job, to get to know him well is that I was in total awe of him before I met him. He was a former England captain, let alone Kent’s most successful captain and a leading batsman during one of the club’s most successful eras, and as a Kent-supporting schoolboy I grew up hearing many tales from my father about Mike’s prowess as player and leader.

Working in cricket, you tend to find after a while that the awe you might feel about some people wears off a bit, but in Mike’s case – and especially during his president’s year when I spent hours talking with him, at away games and here in Kent – I don’t think I ever lost that sense of awe both at his achievements and at his incredible cricket knowledge and wisdom.

It just seems terribly unfair that someone of Mike’s calibre, as a cricket person but even more importantly as a genuinely lovely man, should be taken from us too early but it was also inspirational the way he fought his cancer so courageously. He had endured a tough time, health-wise, for a number of years and yet it is a mark of the man that comparatively few people really knew how ill he was latterly. Mike just got on with things and didn’t make a fuss.

Cricket, generally, has lost a number of fine people since the end of last year, and here in Kent the death of Chris Byers, who was the Supporters’ Club representative on the club’s committee, together with a number of members and former staff personnel, has also been keenly felt. They will all be sorely missed.

It is good, however, to be able to welcome Kent supporters again to St Lawrence and I hope you continue to find the ongoing improvements and upgrading of our historic ground to your liking. I am particularly pleased, in terms of the team, that we have achieved both a stability and a continuity from last season with just Calum Haggett being added to the senior playing squad but Jimmy Adams, our head coach, signing a contract extension and James Tredwell taking over seamlessly from Rob Key as captain.

Rob did a magnificent job over seven years, and in difficult circumstances, but he and the other experienced players have already been giving Tredders the support he now needs as he settles into the role of captain with the same calm and measured approach that he brings to his own game. Our captain enjoyed an excellent winter with England, too, which enhances his standing still more within the team, and I know he and the management are relishing a season in which we all expect to see much progress continuing to be made by our fine crop of younger players.

Many thanks, as ever, for your support and I hope you enjoy the season ahead.