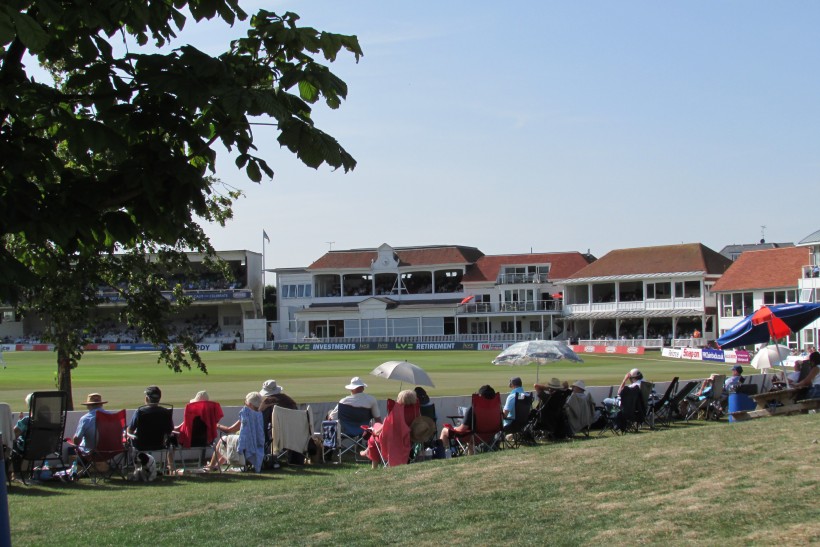 Kent Cricket Scorer, Lorne Hart offers Kent Cricket Members and Supporters his predictions for the 2014 season. Do you agree, let us know by emailing feedback.kent@ecb.co.uk

You would have to have spent the winter locked away in a darken room – with the weather not a bad way to spend the time from October to April – not to have noticed the changes at Kent Cricket this season … playing staff, support team even clothing has changed.

With these changes comes new season preparation and the joyous feeling of watching cricket once again, from England, not some far away country via your TV screen. Mind you, 31st March for the first game is a bit early even for those of you who have missed cricket, but then not as early as some with one pre-season games in England starting on 19th March!!

This year with the new players bringing in fresh ambition and some pace I feel we have the potential to push on and finish in the top three with some luck – we all need that at times – the top two and with it Division One cricket for 2015. Last season three players passed the 1000 run mark and this season I reckon this is possible again with 2/3 players just off the pace (I'll stick my neck out and say Key, Nash, Northeast with Bell-Drummond, Harmison and Stevens pushing hard). Bowling was our archilis heel with 33 wickets being the best. The new additions are all bowlers and this will bring about more wickets and competition for places, Bollinger, Griffiths, Claydon, Davies and Joseph the fast bowlers which can fire us up the table. (I've included Davies as a fast bowler as I'm sure he still is) I can see one player passing the 50 wicket total with three others not far off, my predictions are Bollinger, Claydon, Grifftihs and Tredwell/Riley (joint effort)

A new competition this season and one I believe we have a chance of progressing in to the semi-finals at least, but with only 8 group games the first game is important for momentum. We will be looking to Tredwell, Bollinger and Riley (MCCU cricket) here as the players who will most recently have played this format – it may only be an extra 10 overs per side but a lot can and will happen in that time. Stevens, Cowdrey & Billings the highest run scorers with Claydon and Tredwell the bowlers.

Finally, the revamped Friday night is party night competition. Who'd bet against Stevens being up there in both batting and bowling with batting support from Cowdrey and Blake. The other bowlers Claydon and Griffiths.

Of course these are all my choices and there will be many out there saying what about Haggett, Davies, Jones. I hope they all do well, I fancy a trip to Edgbaston or Lord's for Finals Day and competition is healthy in all areas this year.

My players to watch out for Batsmen Bowlers

Back In The Swing Of Things…