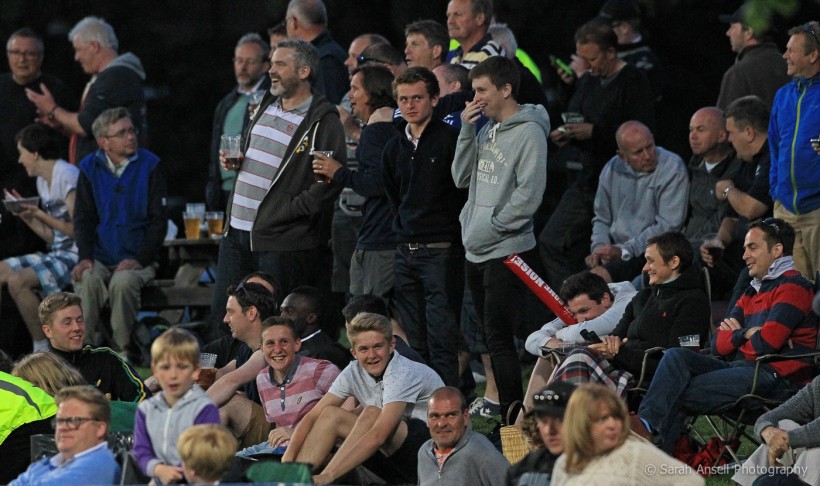 Two months left? Two months left? Golly the summer has raced by this year. With the curtain set to come down on the season on Friday the 26th of September there is still a great deal for Kent to play for. The brand spanking new 50 over Royal London Cup begins on Saturday although Kent don’t get their chance until they host Durham on Tuesday under the lights at Canterbury.

Before that the Spitfire ground gets to host a potentially decisive T20 game against our nearest and dearest neighbours and perpetual rivals Surrey. Obviously it remains a long shot but should Kent give the chaps from the Oval a bit of a tonking, (they’ve already qualified) and Somerset fail to beat Middlesex at Taunton and (yes, there is another “and”) Glamorgan get thumped at home by Gloucestershire then it will all come down to net run-rate to see who can sneak the fourth and final qualifying spot and a trip to either Old Trafford or Trent Bridge in the last eight.

That Kent have a chance, albeit slender and rather more mathematical than likely, can be put down to two wins in their last three, one thrillingly by 3 runs over Sussex at Hove and then the extraordinary win by 40 runs according to Messers Duckworth and Lewis at home to Somerset last Friday. The 70’s by Northeast and Key helped Kent to a handy 195-7 from their twenty overs, but by then many concerned glances were being directed at the apocalyptic cloud formations approaching the ground from behind the Ames Stand. After an enervatingly humid day the vivid storm clouds were gathering, Kent were keen to bowl five overs to constitute a “match” and the visitors were desperate to get ahead of the required rate on the scoreboard and panicked somewhat, not helped by some cannily destructive bowling by a certain Darren Stevens who managed 4-17 in his spell which helped reduce Somerset to a shambolic 59-5 in 7.3 overs…

Moments earlier and the approaching thunderstorm kicked into dry but spectacular action, a mini-whirlwind appeared to pick up all the litter and loose paper in the ground and then decided to drop it back on the crowd with an added snowstorm of feathers. I have no idea where they came from but presume a sticky end for one or two of now less-feathered friends. The boundary rope blew up and whiplashed towards the wicket twenty yards nearly taking two fielders with it and the sheet lightning lit up the sky spectacularly. Not surprisingly the umpires took the players off and the floodlights were lowered and turned off due to high winds but the game wasn’t immediately abandoned. Half an hour later the inevitable happened, officially I suppose bad light, wind, lightning and feathers stopped play but a few hundred stuck it out in surreal near darkness in the ground until the spare half hour was done. The biblical downpour didn’t actually arrive until forty minutes after that but was tropical in intensity and electrical power – quite a debut for the long awaited Lime Tree Café!

The win kept Kent in the hunt and with the T20 group stage now reaching its denouement interest is also at fever pitch in the T20 Fantasy Cricket, after two months of nip and tuck substituting players on a weekly basis and making morally questionable judgements (i.e. picking Essex players), the prize money is substantial and with 18,198 participants I am pretty chuffed to be at the time of writing in 373rd position. There is also a prize for the top scoring Kent fan (I’m 28th), but am resigned to not getting a chance to snaffle the juicy cash prize given a certain “Kententious” team under the management of one Mr J Clifford is fifth and it has to be said likely to have useful insider information!

For the more traditional Members not currently battling it out online the three straight wins in the Championship will have gladdened the hearts greatly. They were much needed but not only have they kick-started our flagging promotion campaign after it threatened to slide into the doldrums, but have coincided with a bit of a stumble by long time favourites Hampshire. Worcestershire are as good as up, but Kent’s glorious win over Surrey at Guildford on the final afternoon to double them (hurrah!) had everything you’d wish to see in a 4-day game. Fast scoring but wickets falling and a result in doubt until the final session. Credit of course to Northeast, Billings, Harmison, Key, Nash and even Haggett who chipped in with the bat and of course all the bowlers for taking twenty wickets, but especially Darren Stevens who took nine of them all by himself.

There has been some muttering that the “serious stuff” doesn’t resume until Canterbury Cricket week in mid-August, but it is set up perfectly now. Basically Kent 23 points behind Surrey in second spot with two games in hand, but more pertinently 21 points behind Hampshire with a game in hand and two of our remaining five fixtures against them. This makes the Canterbury game potentially crucial, defeat and Kent would find it difficult to play catch up, win on the other hand and the cat would most certainly be amongst the pigeons (or should that be featherless electrocuted seagulls?)…

Before that Kent play seven of their eight 50 over games concertinaed into a hectic 16 day spell, not ideal but it is a format that could suit the strengths and minimise some of the apparent weaknesses of the current Kent squad. Obviously they will be striving to sneak into the last eight of the T20 first and on to Finals Day at Edgbaston, but to be honest I have now booked my train ticket to Barnsley that day to watch Gillingham FC… I hope that they prove me wrong but I suspect a trip to Lord‘s might be a more realistic aim now!