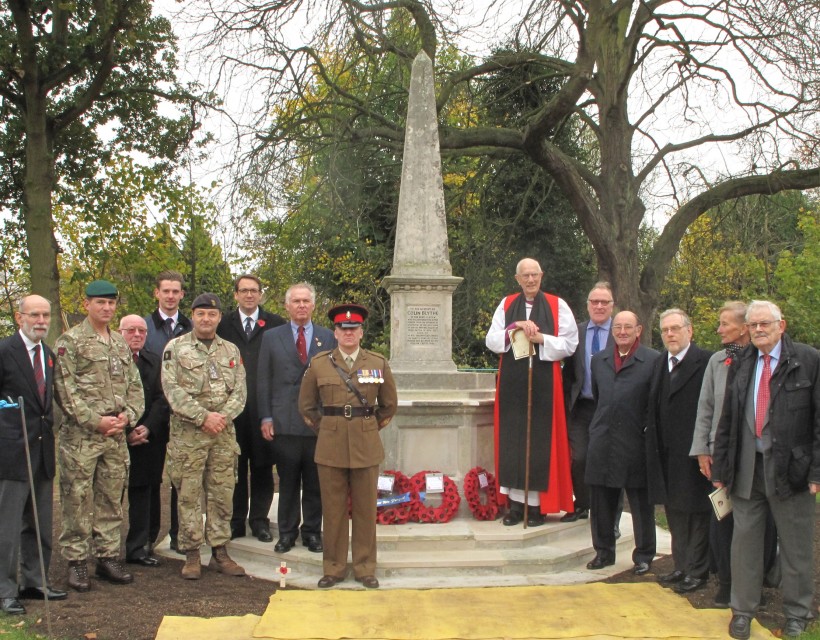 The memorial to former Kent and England spinner Colin Blythe was re-dedicated on the centenary of his death in World War One.

Members of Blythe’s family were joined by officials from the Army, Kent Cricket and relatives of other fallen teammates to witness the restored monument at The Spitfire Ground, St Lawrence.

The stonework and insription has been updated and restored in its new location near the Nackington Gate at the county headquarters.

November 8, 2017 marked a century since the former Test bowler was killed in conflict near Passchendaele, Belgium – little more than a month after being posted to work on a military railway line.

The club intends to mark the anniversary on an annual basis to remember the sacrifices of Blythe and other Kent players, members and supporters in warfare.

Kent Cricket CEO Jamie Clifford said: “It was a particular honour for the Club to welcome members of Colin Blythe’s family, members of the Club and representatives from the Armed Forces to the ground as we re-dedicate the Memorial.

“The Blythe Memorial at this ground will not be a shrine to militarism, but rather a symbol of the bond between the living members of this Club and the dead.

“Remembrance is not a celebration of warfare, but a collective expression of appreciation to those who served and to those who fell.

“Through the link of men, like Colin Blythe – who played in our colours and made the ultimate sacrifice, we will remember in a way that is not ritual, habit or duty, but rather a genuine expression of gratitude and understanding.”