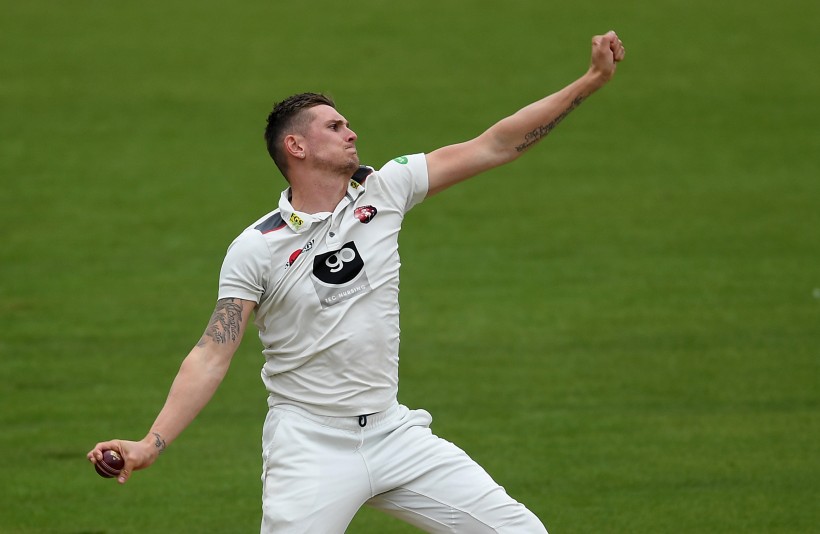 Kent took total control of the battle of the newly-promoted sides at Edgbaston where Warwickshire face a massive last-day rearguard action to avoid defeat in their Specsavers County Championship Division One match.

After following on 158 behind, the home side closed the third day on 79 for four in their second innings – still 79 behind.

Replying to Kent’s 504 for nine, Warwickshire had been advancing solidly towards the follow on figure of 355 when they were 242 for four early in the afternoon, but were then undone by a clatter of five wickets for 32 runs in 11 overs and folded to 346 all out.

Harry Podmore’s burst of three wickets in 11 balls was the catalyst for the collapse. Podmore finished with three for 61 while Matt Milnes took three for 50 and Darren Stevens three for 56, an excellent effort by the seamers on a pitch still very good for batting.

Podmore and Stevens then swiftly removed Warwickshire’s openers second time round and only some heroic final-day resistance from the Bears can deny Kent their first Championship Division One win since 2010.

After Warwickshire resumed on the third day on 136 for three, Kent were held up by  Dominic Sibley’s fifth century in successive first-class matches. Sibley concentrated hard for 132 (315 balls, 15 fours) but none of his team-mates reached 50 in very favourable batting conditions.

Podmore swiftly added the scalps of Tom Milnes, caught at second slip and then Craig Miles and Sibley lbw. When Henry Brookes edged Mitchell Claydon to second slip it was 273 for nine and last pair Jeetan Patel and Ryan Sidebottom needed to find 82 to avoid that follow on.

They had a real go at it, adding 73 before, just nine runs short of avoiding the follow-on, Patel (40, 45 balls, four fours, two sixes) skied Stevens to mid-off in the last over before tea.

The visitors’ soaring confidence was then illustrated by two brilliant catches in the cordon, by Zak Crawley to remove Sibley off Stevens and by Adam Riley when Liam Banks drove at Podmore.

That cordon collected again when Matt Renshaw pouched Hose off Claydon to leave the Bears staring well and truly down the barrel.

Kent are closing in on ending a nine-year gap since their last top-flight win – a four-wicket victory at Yorkshire at Headingley in September 2010 achieved under coach Paul Farbrace, now sport director at Edgbaston.