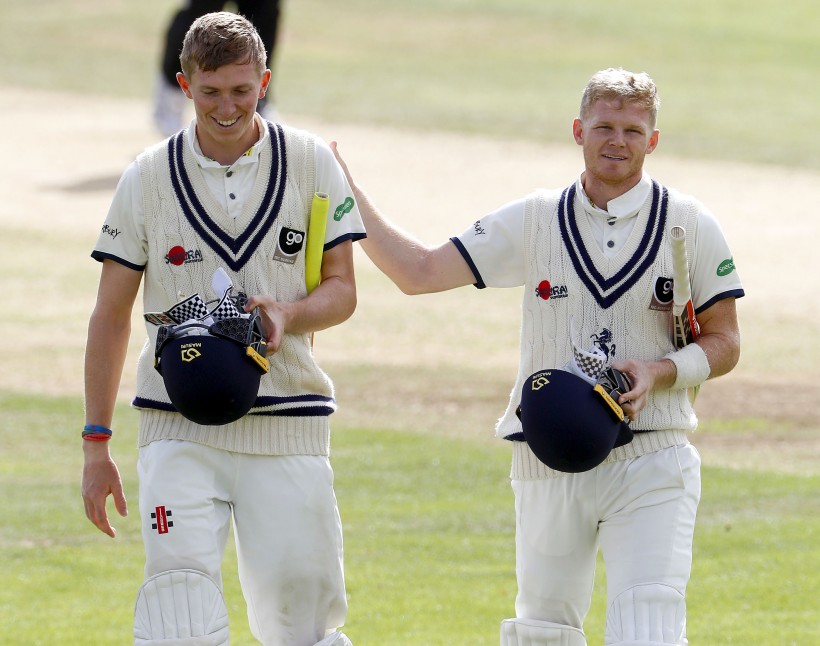 As we look towards to the last month of cricket for Kent this season, it’s a good time to take stock and reflect on this year to date.

After last season’s promotion to Division One in the Specsavers County Championship, we’ve definitely achieved the targets we set ourselves going into 2019 by performing in this division and showing that Kent Cricket can compete in every game.

The outstanding young seam attack of Matt Milnes and Harry Podmore have led the way, with 88 wickets between them so far in this year’s Specsavers County Championship.

This, coupled with strong batting performances from several players, including our young guns Zak Crawley and Ollie Robinson, has been really positive to witness this season.

It’s great to see young players establishing themselves as key members of our squad across all formats.

From a personal perspective, it was hugely frustrating to pick up a serious injury in my first game back for Kent. However, I’d like to thank Daniel Bell-Drummond, Heino Kuhn, Joe Denly and Adam Rouse for captaining the county in my absence.

It really is a privilege to lead Kent and they all did so with the intensity and integrity that I demand of myself when captaining the side.

I can’t shy away from mentioning our disappointing finish to this year’s Vitality Blast. We are all totally gutted as we had high hopes for this competition. Especially after the fantastic start we made to the tournament, equalling our consecutive win record and then going on to win our first six games from seven.

We do feel like we have let ourselves and our supporters down, but I can assure you that we are channelling this feeling to train hard and find another gear to ensure a strong finish to the season.

It was a real positive to be bolstered by exciting additions such as: Adam Milne, Hardus Viljoen, Mohammad Nabi and Faf du Plessis. It shows that world-class players now want to play for Kent and this can only be a good thing looking to the future.

Congratulations must go to Milney, who fully deserves his cap for his contributions for the Spitfires in the T20 competition over the past three years. It was disappointing that his stint this Summer was cut short by injury. I know how that feels!

I would also like to take this opportunity to apologise for the comments I made in the heat of the moment regarding scheduling, after our defeat to Essex in the Specsavers County Championship.

Although it is no excuse, I made these comments immediately after a disappointing individual and team performance.

Upon reflection, I understand that it is an exceptionally tough challenge to ensure all fixtures fit into the cricket season, especially this year with the ICC Cricket World Cup and the preference of counties to play Vitality Blast fixtures on a Friday night.

However, looking forward as we head into our final three Specsavers County Championship games of the season, I think that we can be proud about the progress we’ve made together as a team this season.

There is still a lot of hard work to do as we look to finish as high up the Specsavers County Championship table as possible.

So please, keep getting behind us and we hope we can reward your support with some strong performances to finish off this season.