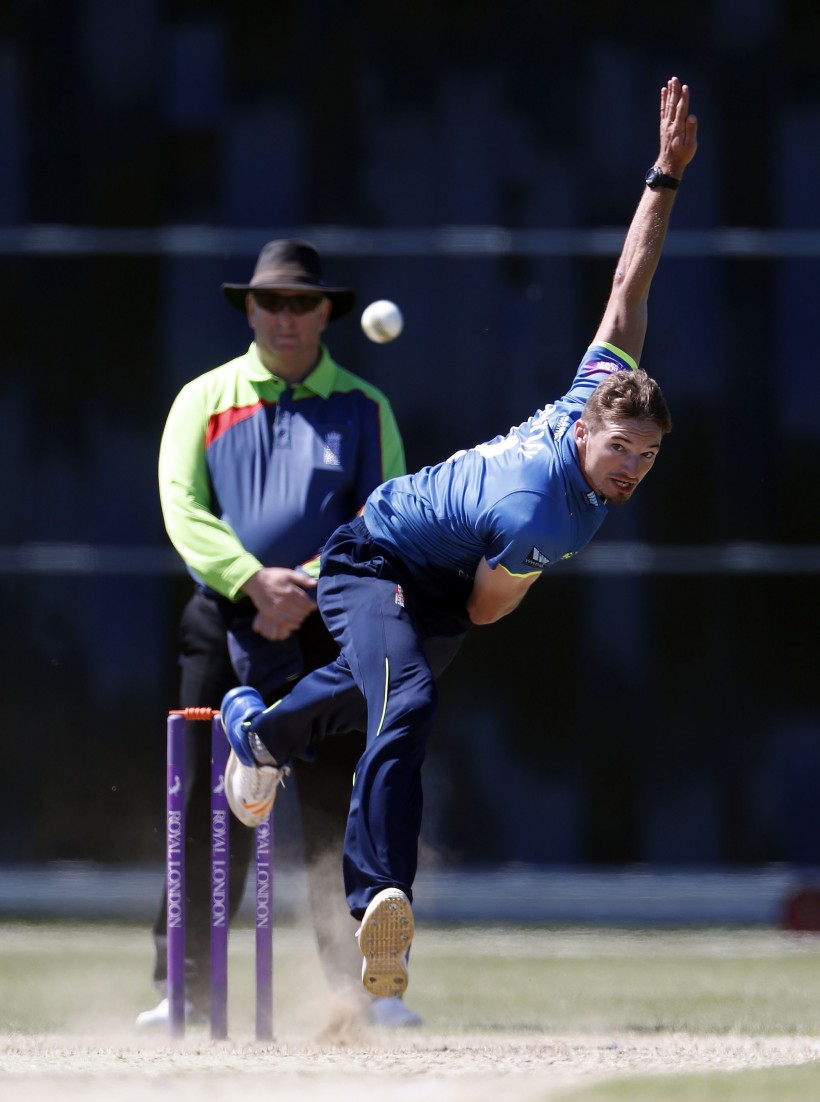 Seamer Charlie Hartley will leave the club at the end of the 2017 season.

The 23-year-old took 20 wickets in 11 matches in four seasons at the club with a best return of 4/80 against the West Indies in August, taking six wickets in the match.

The seamer earned man-of-the-match with 2/23 against Gloucestershire in a One-Day Cup group game in 2016 and later in the competition, took two wickets in the quarter-final defeat to Yorkshire.

Hartley, all-rounder Adam Ball and seamer Hugh Bernard leave Kent as the county begins its plans for the 2018 season.

Head coach Matt Walker said: “Releasing players is one of the toughest parts of the job but we feel we need a smaller squad going forward.

“We had several seamers in the second XI this year which is too much and ideally we want everyone to be pushing for a first team place.

“Having so many bowlers on the staff meant we’ve not been able to give everyone enough gametime and we’ve had to make some tough decisions.

“We wish Charlie, Adam and Hugh the best of luck going forward.”