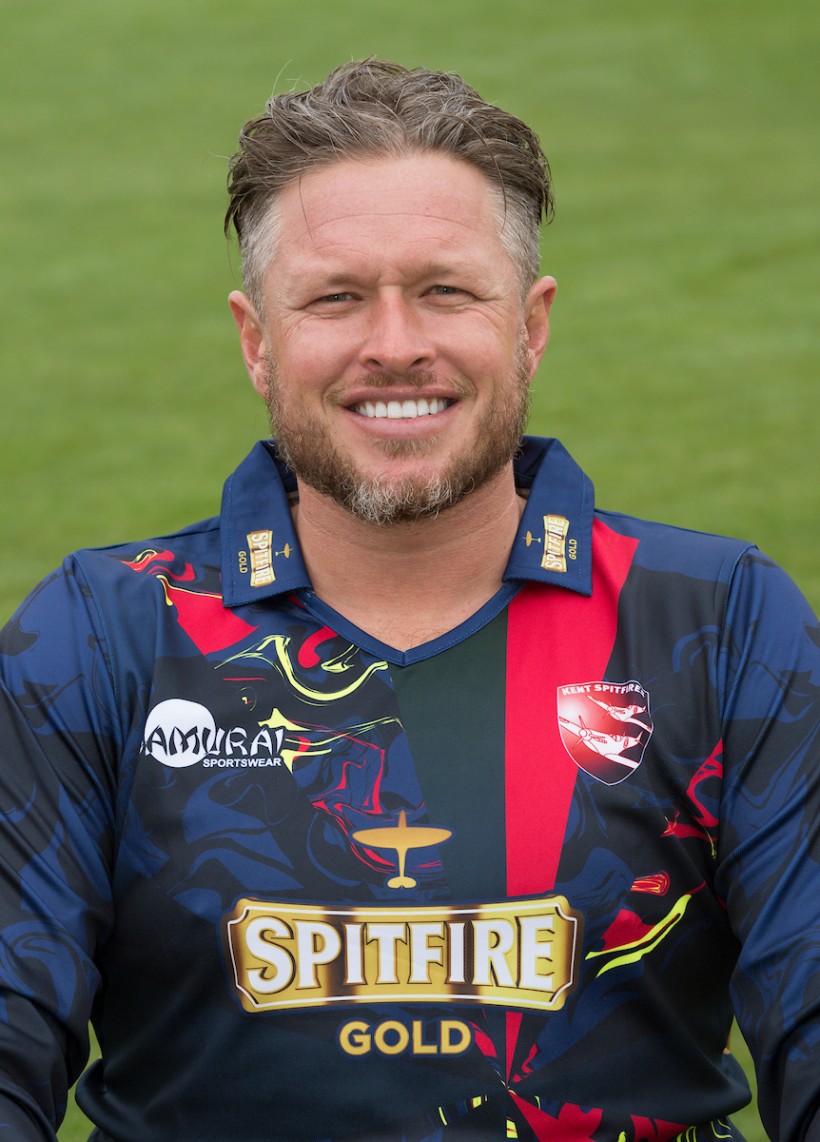 Mitch Claydon said T20 cricket is a game of fine margins after superb death bowling by the Kent Spitfires attack sealed a third Vitality Blast win of the season at The County Ground, Beckenham.

The veteran seamer used his full repertoire of variations as the Spitfires defended 211 to defeat a star-studded Hampshire side.

Bowlers can come in for criticism with scores regularly topping 200 and the affable Australian says you have to take the rough with the smooth in the most explosive format of the match.

Kent’s last over hero Mitch Claydon said: “You’ve just got to stay relaxed in a situation like that because you can go from hero to zero in the space of two balls. I’ve bowled a lot at the death throughout my career and I’ve come to terms with the fact that some days it comes off, others it doesn’t.

“As long as your plans are right I’d back myself, but so many batsmen clear the fence so easily nowadays that I was only one boundary away from being a zero.

“What with my early season injury and my form since, I felt I owed the side something tonight and I’m really have to have delivered. I was initially going to bowl the penultimate over, but Sam wanted me to bowl the last to the biggest boundary.

“If we’re under the pump at the end of the game I just tell Sam that I’ll just bowl my best ball, and that’s a straight yorker. I didn’t have to think of anything else after that and thankfully I nailed it.”

Denly: I want to stay for the rest of my career