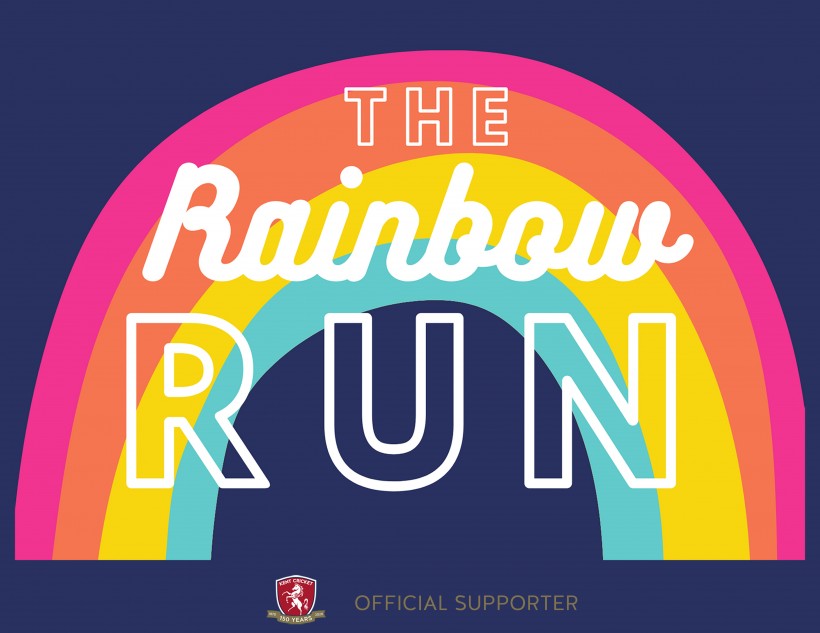 Officially supported by Kent Cricket, the Club’s Principal Partners, Shepherd Neame and The European School of Osteopathy, The Rainbow Run has smashed its original £1,000 target ten times over.

At the latest count, donations topped over £10,000 to NHS hospital charities across Kent. The proceeds will be used to support for staff at NHS hospitals’ COVID-19 appeals.

As well as professional players, coaches and staff at Kent Cricket, community clubs from across Kent came together with the aim of covering 1,870km in a nod to Kent Cricket’s founding in 1870.  Along with Kent Cricket and Shepherd Neame, a number of Kent based organisations also took part, including: NFU Mutual, Burgess Hodgson, the Fire Service and Canterbury Rugby Club.

By the close of the day, the cricket community in Kent had recorded a staggering 8,268km the equivalent of travelling from The Spitfire Ground, St Lawrence in Canterbury to Harare, Zimbabwe, the birthplace of Kent ‘keeper Adam Rouse.

The event that took place on Sunday 17th May encouraged people to walk, run or cycle to fundraise for the charities.

Whilst many took part for fun, there were also two prizes on offer for community cricket clubs to vie for:

James Moss, Kent Cricket’s Community Cricket Officer, said: “It has been incredible to see the cricket community across Kent come together to support our local NHS heroes.

“We have seen efforts from clubs around the county who have supported this initiative, with some remarkable distances covered, truly exceeding our expectations.

“It’s a fantastic reflection on the club cricket network and we’d like to give a massive thank you to everyone that supported The Rainbow Run.”

Shepherd Neame CEO Jonathan Neame said: “We were delighted to partner with Kent Cricket to support such a worthy cause.

“Many members of our team went above and beyond the recommended 5km and everyone really enjoyed taking part.”

Ellie Rogers, Co-founder of The Rainbow Run, said: “The total raised by The Rainbow Run has far surpassed our expectations and it was incredible to see so many people connected with Kent Cricket getting involved.

“We wanted to help get people moving and give everyone something positive to get involved with during the challenging lockdown period. As well as bringing the community across Kent closer together, best of all, we have raised over £10,000 for Kent based NHS charities to support their amazing staff through the crisis and beyond.

“When we first started planning The Rainbow Run, we could never have imagined that so many people would take part or that so much money would be raised. Thank you to all who supported and took part, from the bottom of our hearts.”

You can still donate towards The Rainbow Run here >>>

The breakdown of distances covered by Kent Cricket and its partner community clubs across the county for The Rainbow Run is as follows: 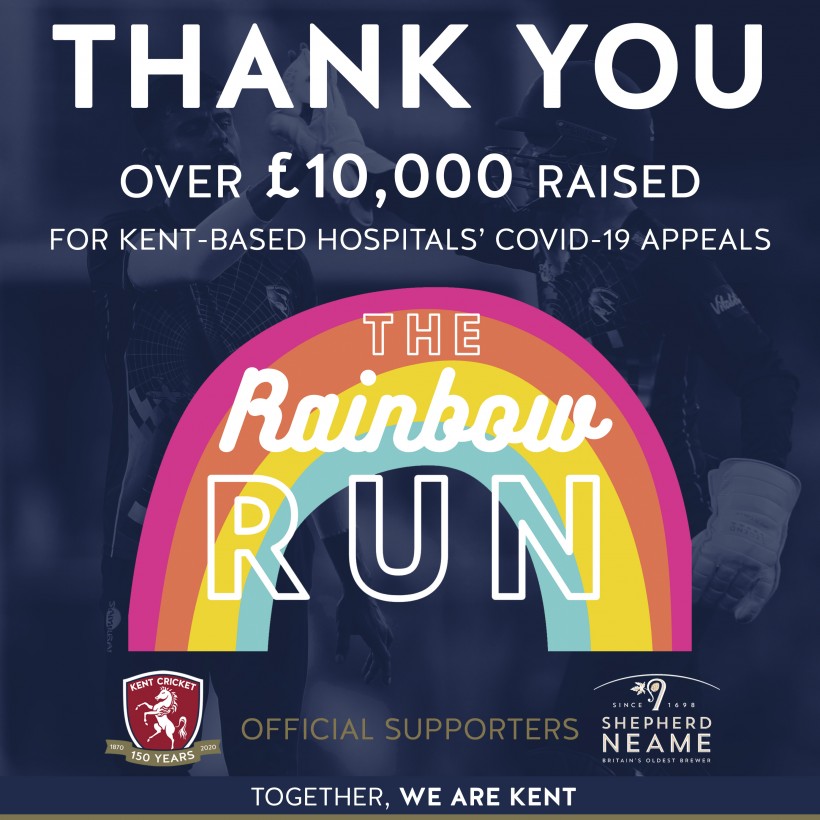 “Kent’s past underpinned by splendid batsmen, spinners and, above all, wicketkeepers”