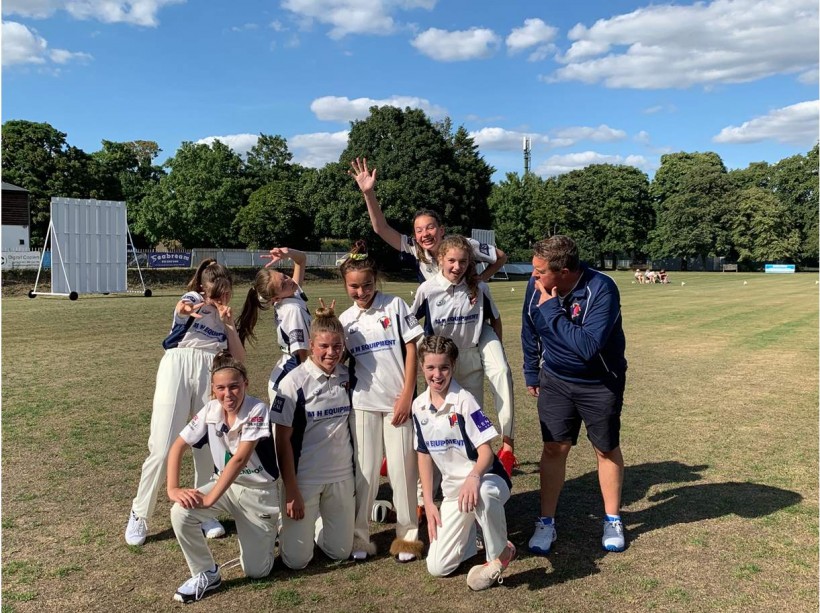 After a very busy 2020, we caught up with The Mote CC and Nick Aldrich, Chairman of the Mote Junior Section, to find out about the hard work going on at the Club and the exciting upcoming development plans.

What happened in 2020 and what was the work behind it to make it a success?

2020 really for us and like for everybody was the season started in July. I suspect, like everybody else, we tried to cram an entire season into two months, so I believe we hosted over 74 games in those two / 2 ½ months across 2 pitches.

Our 2025 vision is to be an all-round enjoyable place for all to play cricket. So, we have the junior section and senior section and we also have a commitment to the local community in hosting cricket. We have a strong South Asian community that played their games at our Club so we didn’t want to say no. This meant that we had to work together as a Club to deliver that.

We had 174 junior players during that period: 5 to 6 years old, up to 16, through to senior cricket. 74 home games plus all the away games, as well as teams from under 9’s through the Under 16’s, 5 senior teams on a Saturday, 1 senior team on a Sunday and a midweek team. That was 2020. It was a year of friendly cricket.

The Mote launched their Women’s and Girls’ section in 2020. What lead the club to setting up this section?

2020 was the year we were launching Women’s and Girls. We agreed as a Club we didn’t want to delay that. We’ve seen that demand grow for girls’ cricket, not so much women, but girls to start with. We noticed through programmes like All Stars Cricket that a lot more girls were coming along to play and then staying on to join Club.

How did you go about encouraging Women and Girls to join the Club?

The Mote Women’s side for us at the moment, and I think it will be for a few years, is much more of a community based fun activity. It’s not about competitive Women’s cricket, it’s for women that are at The Mote, most of which are the Mums of our Colts players who just want to do some exercise.

Do you coach your Boys and Girls teams together?

We have quite a fixed structure of time during the week when we can coach youth cricket. We don’t have female coaches or additional coaches for a separate Girls Club. We needed to work out a way to implement their training. But also, what we didn’t want to do was separate the girls and the boys.

So, the worst thing we could have done was to say, ‘we’ll do the girls on the Monday then we’ll do all the club on a Sunday’, that would have been the worst result because then the girls would become isolated and they wouldn’t feel part of the Club. We also didn’t want the girls totally separated from the boys all the time for their development.

The 2025 plan Is very much centred around being a place to be enjoyed for all.

We will be developing the ground. Planning permission is gone in, the Council has approved it and we hope within the next six to seven months the development of the ground takes place.

The core to the vision is the development. So, building a brand-new pavilion at the top end of the pitch. The north side between us and the rugby pitch is going to be a three-storey pavilion: 5 dressing rooms, 5 bars, a gym, physio room, it’s going to have like a cafe underneath and have a big entertaining place on top. All this as well as an indoor cricket school behind which will be a separate building.

Why have you decided to focus developing your facilities?

The vision is we want to be the place where people want to come and play their cricket no matter who they are or what their standard. Our vision is not about being a Premiership Club; we’d like that success, and we’d like to grow to that, but that’s not the aim of the Club. We want to be organically growing the junior membership up, so the future for our Club is very much about what’s coming in from five years old and then managing them right through so they want to stay with the Club. We know in order for your membership to want to stay at the Club, you’ve got to have the facilities, the atmosphere, and the environment. Your pavilion is central to what your Club represents and a welcoming place.

County Girls Get Fit with Spelling