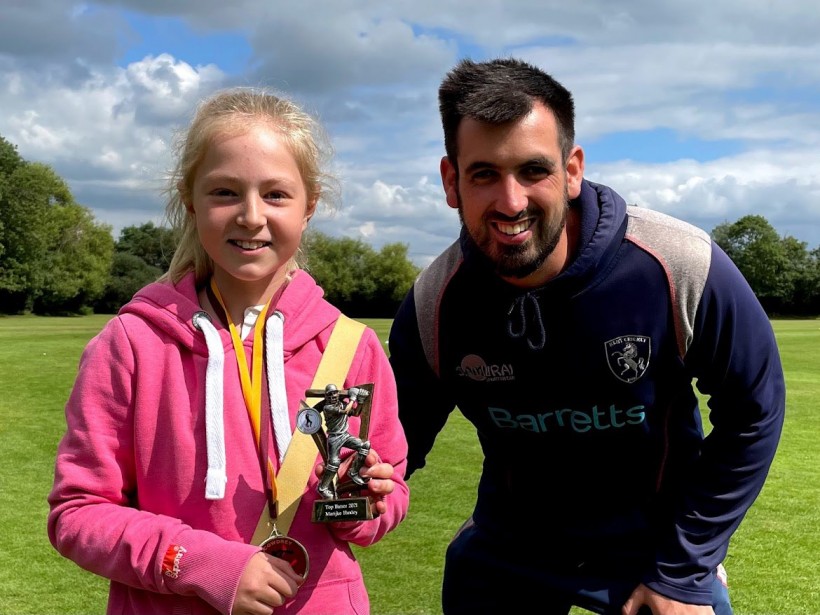 It was deemed very apt for David to attend and give out junior awards, considering the focus that the club have put on female cricket development this year.

Since the launch of their new girl’s section on 19th May this year, Cowdrey now have over 30 girls training on Monday evenings. A fantastic achievement considering that back in April, a girl’s section was merely an idea amongst the committee.

A few highlights:
• In July, a squad of 18 Cowdrey girls played their first matches against local rivals Tonbridge CC Girls
• Cowdrey entered two teams into the Kent U11 softball festival at Marden CC for the girls to enjoy their first experience of tournament cricket.
• During the summer holidays, coaches ran training sessions that a number of the girls attended to play hardball alongside the boys.
• Throughout August a number of inter-club matches based on The Hundred format were run for those girls in the age group squads. 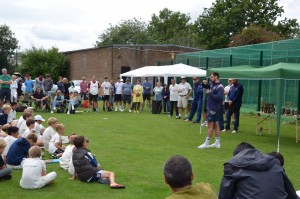 The end of Cowdrey’s junior season culminated in a Junior Presentation Day on Sunday 29th August that included an inter-club tournament, parents v colts matches and the end of season presentations for each squad (Girls, U9, U11, U13 & U15). David Hathrill, the Kent Women’s Coach, was present to show recognition for their achievements.

Cowdrey CC are already planning ahead for the 2022 season, with the girl’s squad continuing to be a major focus. They are looking to run winter nets for the girls, and all junior squads, at Somerhill School, their partners in launching the girl’s squad this year. Plus they will look to set up more regular matches for the girls locally and by participating in more competitive festivals and tournaments. They are also going to be starting a Women’s softball cricket side in 2022 – after a number of mums expressed an interest following their girl’s team launch.