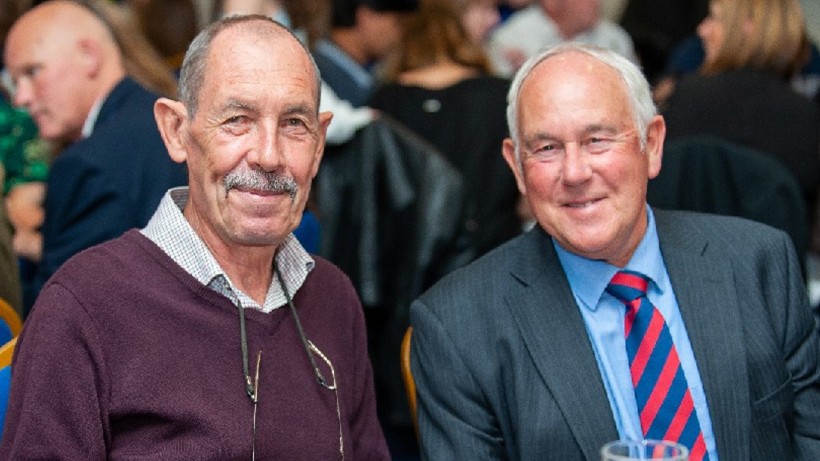 On Friday 15th October 2021, the players, parents, coaches and staff involved in The Kent Cricket Girl’s Talent Pathway attended the FGS Plant Harris Suite at The Spitfire Ground, St Lawrence, to celebrate the achievements in the girl’s county season and pay tribute to David Sear and Craig Bolton who are retiring from county coaching.

David Sear and Craig Bolton were welcomed, alongside their chosen guests, to their evening of celebration for the years of service they have given. Across the night, their achievements and dedication throughout the years were celebrated and they were thanked for the huge contribution they’ve given girl’s cricket in Kent.

As well as celebrating squad success, individual achievements were recognised, with the presentation of the following awards by the relevant Age Group Coaches and Jenni Jackson (Kent Women & Pathway Spin Coach). Fielder, Batter, Bowler and Player’s Player of the year. All award winners can be seen in the photo gallery below.

The final award presented was the Bergman Osterberg Shield, which from now on, is to be awarded and selected annually, by David Sear MBE. The recipient this year has made huge strides along the female cricket pathway, now having represented her school, club, county, regional academy, regional senior side and at just 18 years of age, being drafted into ‘The Hundred’ for the Northern Superchargers. She even won ‘The Hundred – Play of the Competition’ for her fantastic dismissal of Stafanie Taylor, the current captain of the West Indies Cricket Team, which you can see by clicking here. The 2021 Bergman Osterberg Shield winner was Kalea Moore, of St Lawrence College and Canterbury Cricket Club.

The evening of celebration commenced with a season highlights video and a tribute video for David Sear and Craig Bolton, followed in turn with some words from David and Craig, in their own personal way. It was a fitting end to the evening.

Huge congratulations to all award winners and a big thank you to all involved in the Girl’s Pathway this year, with special thanks to David and Craig, who will be sorely missed. 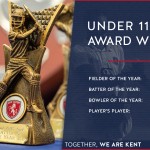 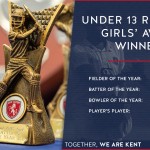 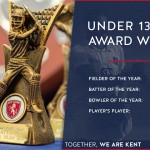 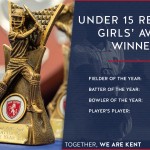 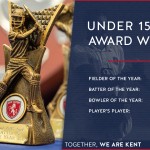 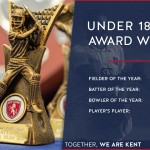 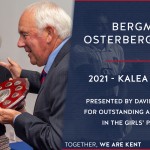