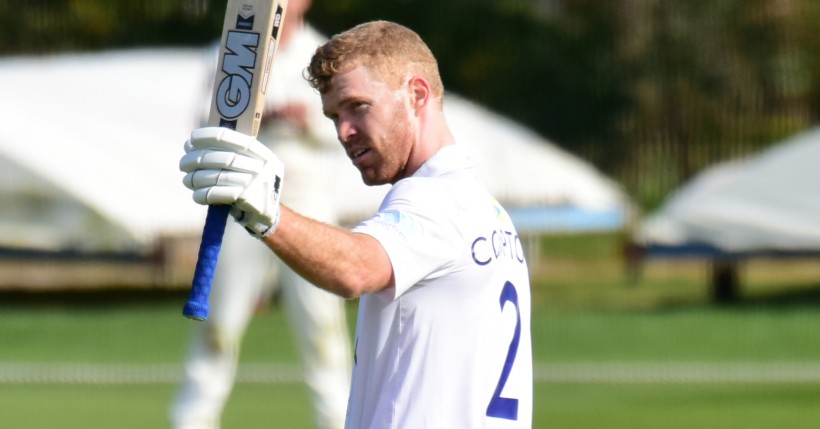 Kent opener Ben Compton has been nominated for the PCA’s Player of the Month award for April – as the Most Valuable Player Rankings relaunches for 2022.

Compton has had a fantastic start to the season scoring three hundreds and two half-centuries at an average of 93 in his first four appearances – giving him a total of 119.92 MVP points.

The 28-year-old has faced 1,396 deliveries so far this summer, including the 629 balls he faced in one game against Lancashire, which saw him score watchful centuries in both innings and rightfully take the Match MVP with 61.08 points, as he tried to steer his team to a draw.

The left-hander also registered a career-best of 129 versus Essex at Chelmsford.

He is nominated alongside Derbyshire’s Shan Masood, Hampshire’s Keith Barker, and Yorkshire’s Harry Brook; statistically the best performers in the LV= Insurance County Championship in April.

The nominees are selected by the PCA’s MVP, which is designed to identify the game’s top performers. The MVP takes into consideration batting and bowling statistics as well as taking into account key match-defining contributions using a unique algorithm developed with CricViz – cricket’s leading analytics experts.

The MVP will run throughout the 2022 campaign, and winners will be announced for each domestic competition, including an overall winner across multi formats.

The PCA Player of the Month is decided by public vote on thepca.co.uk – with the poll closing on Thursday 5 May at 15:00.

Find out more about the PCA MVP Rankings and view the men’s and women’s tables.