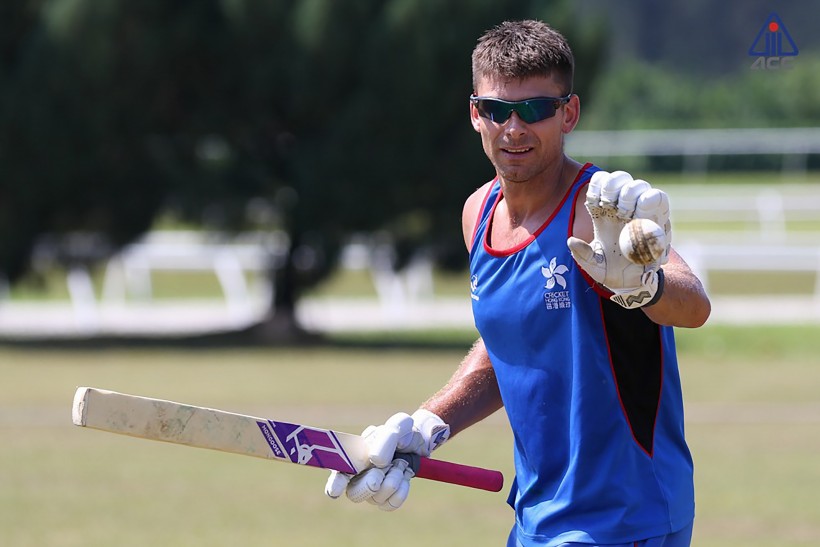 Kent Cricket is delighted to announce that former Kent bowler Simon Cook will be joining the club’s coaching staff as a specialist Bowling Coach from 1st October.

The Oxford-born former seamer started his career at Middlesex in 1999, before joining Kent in 2005.

Cook was awarded his Kent County Cap (number 202) in 2007 after being a vital part of Kent Spitfires’ Twenty20 Cup winning side that year. He finished the tournament as joint-top wicket taker, with 17 scalps at a bowling average of only 16.17.

Cook also featured in two other Kent Spitfires sides that reached the elusive T20 ‘Finals Day’ in 2008 and the Pro-50 Final, as well as winning County Championship Division Two and another T20 Finals Day appearance in 2009.

He completed his ECB Level 4 coaching award, the highest currently available, whilst still playing for Kent before leaving the county in 2012.

After retiring from the game, Cook moved on to become Head Coach of Hong Kong Cricket Club, before joining the Hong Kong national team as a specialist bowling coach in 2014.

With Cook part of the coaching set up, Hong Kong achieved ODI status that year and also recorded their first ODI and first-class wins in their history with Cook as Interim Head Coach in 2015.

After being appointed as permanent Head Coach of Hong Kong that year, he coached the national side in the 2016 World T20 in India and also in Hong Kong’s first ever ODI victory over an ICC Full Member, Afghanistan, in March 2018.

He will provide specialist bowling coaching to Kent’s professional playing staff, as well as overseeing the development of the specialist fast bowling programme for Kent’s County Age Group and Academy squads.

On returning to Kent, Cook said: “It’s fantastic to be back at a county where I enjoyed so many happy memories and successes during my playing career.

“After playing with Matt Walker and Min Patel for many years here at Kent, I’m looking forward to working closely with both of them as we look to compete at the top level as well as improving our bowling stocks for years to come.”

Kent’s Director of Cricket, Paul Downton, said: “I am really excited about Simon joining forces with Matt Walker to work with our bowlers.

“Simon’s coaching credentials are outstanding. He understands the county and will bring all his experience of being a successful Kent cricketer, as well as a successful hands-on coach with a wide range of experience, to help take the side to the next level.

“It is also important that our best coaches work with our Academy and youth prospects as well as the first team and the addition of Simon will help secure the Talent Pathway from Age Group to first team cricket.”