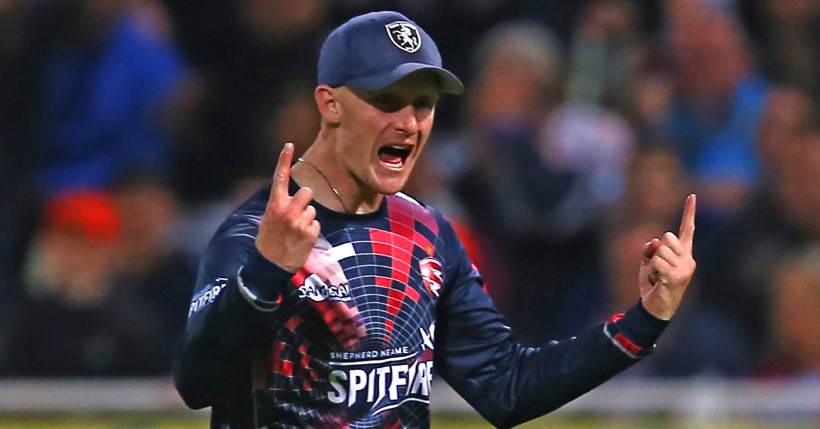 Cox is already in Australia and holds an Australian passport, which allows him to play Premier Cricket in Sydney throughout the Summer.

The 21-year-old has been named in Hobart’s squad ahead of their BBL season opener against the Sydney Sixers in Launceston, Tasmania, which begins tomorrow morning (Wednesday 8 December) at 07:15 UK time.

If selected to play, this will be Cox’s first foray as an overseas player in the BBL.

The wicketkeeper-batter topped Kent’s run-scoring averages on their way to the first trophy in 14 years in the Vitality Blast, scoring 367 in 12 innings at 52.42, including three scores of over 50.

Memorable knocks included his devastating 61 not out batting ‘at five’ against Surrey during the South Group stage from only 28 deliveries, 64 in a partnership of 123 alongside Jack Leaning against Middlesex, and a match-winning innings of 58 in the Vitality Blast final itself at Edgbaston against Somerset.

Cox was also named Kent’s Fielder of the Year in October after some outrageous boundary catches and pieces of fielding across 2021, retaining the accolade from 2020, as well as being the first recipient of the Club’s Young Player of the Year Award.

Super Saturday Sale this weekend in the Kent Cricket Shop