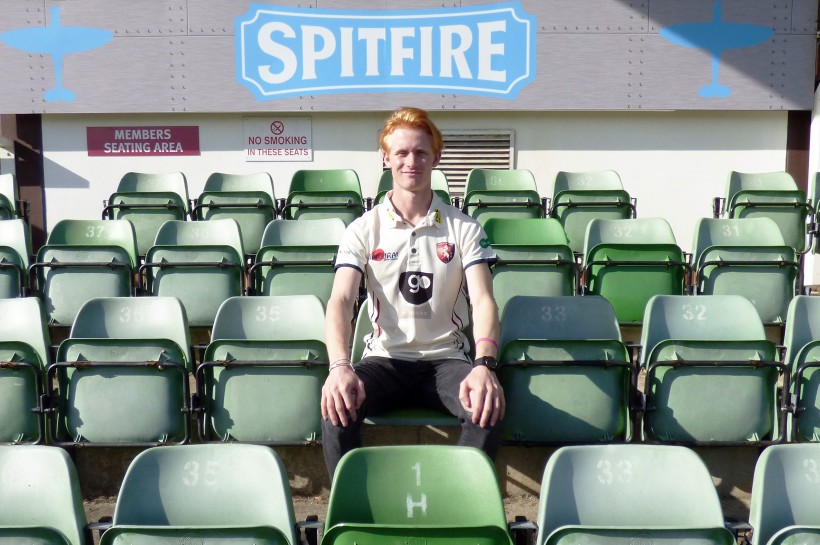 The 17-year-old wicketkeeper-batsman, who plays his club cricket for Sandwich Town, has put pen-to-paper on a three-year deal.

The contract completes a memorable year for the England Young Lions squad member.

He was named the Player-of-the Tournament after helping the London and East team win the T20 competition of the ECB Super-4s at the National Cricket Performance Centre at Loughborough – the first time in six years of competition for the country’s outstanding Under-17s that either the T20 or 50-over champions have come from south of the Midlands.

Cox was also a regular in the Kent Second XI, top scoring with 90 in a T20 game and also performed well for the Kent U18 county age group squad with top scores of 149, 84 and 64 not out.

Cox said: “I’m honoured to have the opportunity to join the club at 17 years of age, it really is a dream come true.

“Having been here since the age of 10 going up through the Academy, to sign my first professional contract is unbelievable and hopefully will be the start of something special.”

Kent Cricket chief executive officer Ben Green said: “Jordan’s a talented young cricketer. He’s very much someone with the future in mind and hopefully he’ll develop in to an outstanding cricketer for us.

“We see him as someone for the future and we’re building up a group of really promising young players that we’ll see the best of in coming years and we wish him every success.”