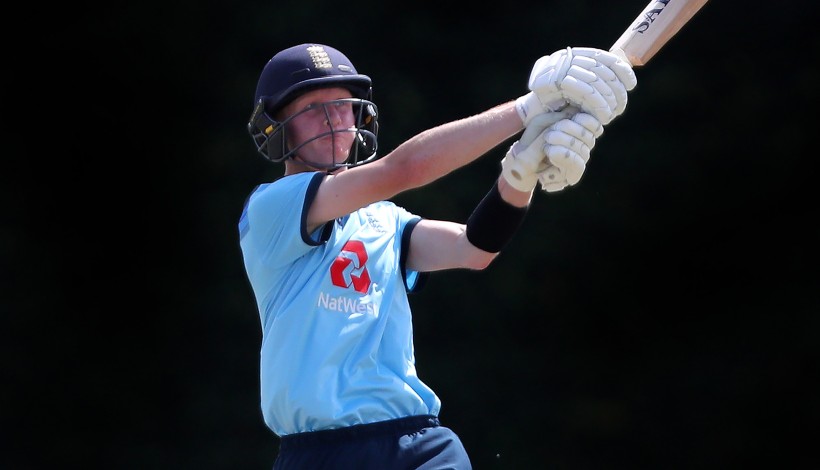 Kent’s Jordan Cox top-scored with an unbeaten 105 for England Under-19s in their 44-run win over Sri Lanka Under-19s in Antigua on Thursday.

The 19-year-old’s two and three-quarter hour stay in the middle saw him face 127 balls, in which time he struck ten boundaries in his way to his second international century, after scoring 122* against Bangladesh at The County Ground, Beckenham this Summer.

The 2018 John Aitken Gray Trophy winner, an award given to the Club’s best Academy player of each Summer that has been won by Zak Crawley, Ollie Robinson and Daniel Bell-Drummond, reached his century stand against Sri Lanka after being asking to come in at three for the Young Lions.

His 79-run third-wicket stand with Worcestershire’s Jack Haynes was also England’s highest partnership of the match, and England ended their 50 overs in the middle on 292/4.

Despite a battling score of 73 from Sri Lanka opener Navod Paranavithana, Sri Lanka were only able to record 248/9, with Cox picking up the Player of the Match Award in England’s victory by 44 runs.

Be there to support support Jordan and your home county’s other homegrown stars such as: Sam Billings, Joe Denly and Zak Crawley next season by becoming a Kent member for 2020 in the Club’s 150th Year