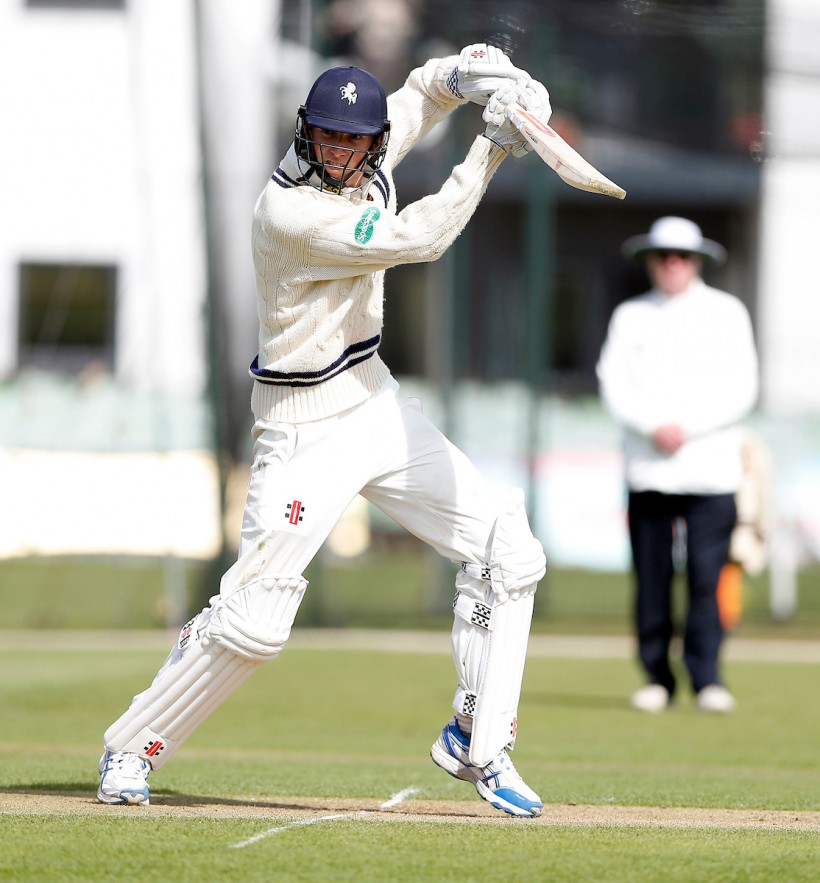 Zak Crawley hit a career-best 93 as Kent set league leaders Warwickshire a target of 519 to win at Tunbridge Wells in the Specsavers County Championship.

Harry Podmore made the only breakthrough as Ian Bell (102*) and Dominic Sibley (82*) helped the visitors ended the day on 229-1, with 290 more runs required to complete a County Championship record chase on the final day.

Kent began the day positively with Crawley and Podmore sharing a 78-run stand as the former reached his maiden Championship half-century and passed his previous first class best of 62, scored against the West Indies on debut last summer.

Oliver Hannon-Dalby struck twice before Denly declared as Podmore nicked behind before Crawley was trapped LBW, seven short of his first professional century.

In reply, Podmore struck with his second delivery after Darren Stevens and Matt Henry toiled either side of lunch without success despite a couple of nicks through the slip cordon.

The 23-year-old broke a 44-run opening stand as left-hander Will Rhodes was caught on the crease before partner Sibley and new man Bell dug in for the Midlanders.

Sibley reached his maiden Championship 50 of the season before veteran partner Bell used his experience of 118 Test caps to full effect for his 55th first class hundred in an unbroken 185-run stand.

Day 4 resumes at 11am on Saturday with the league leaders eyeing a record chase and the second new ball due in 8 overs.

Gates open at 10am, entry £10 for adults, free for under 16s. Parking available at the ground.

The next match is a day-night County Championship match against Middlesex on Monday (25 June) at 2pm at The Spitfire Ground.