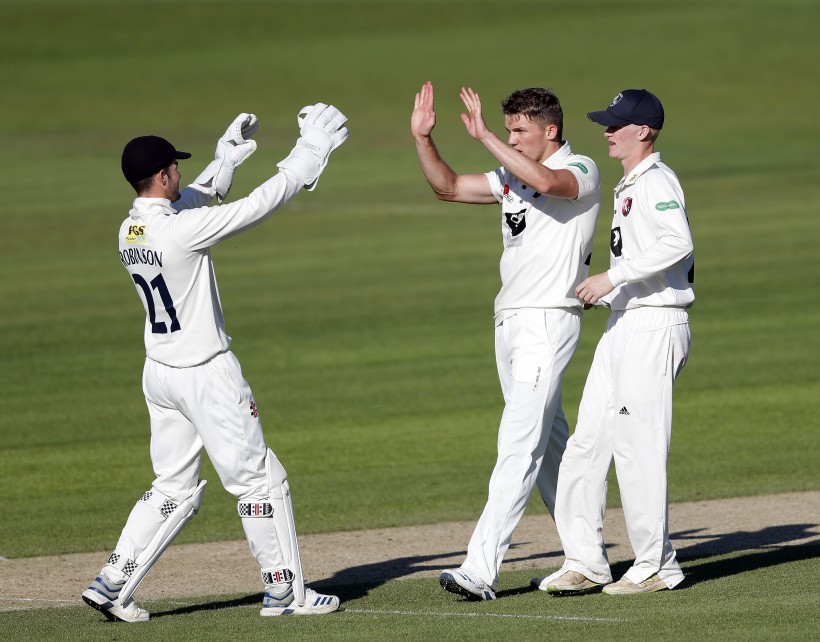 Kent Cricket’s homegrown wicketkeeper Ollie Robinson, Bowler of the Year Matt Milnes, and latest Test cricketer Zak Crawley have all been selected for England Lions in their tour of Australia this Feburary.

Right-arm seamer Milnes made his one-day debut last season, taking 5/79 on List A debut against Hampshire at The Spitfire Ground, St. Lawrence in April.

He went on to be Kent Spitfires’ leading wicket-taker in the Royal London One-Day Cup last season, taking 16 wickets in eight appearances, with a bowling strike rate of 26.9. Despite the Spitfires’ exit from the competition after the South Group stage, Milnes was still the tournament’s joint-ninth highest wicket-taker.

Milnes will join up with the England Lions’ white ball side that will take on a Cricket Australia XI in a three-match one day series this coming February.

21-year-old Robinson had something of a breakout season in 2019, scoring 765 runs in 14 matches at an average of 33.26, with a high score of 143 in Kent’s victory at Edgbaston against Warwickshire early in the season.

His 54 catches behind the stumps in the County Championship put the right-hander at the top of the Most Catches table in the tournament. Robinson will play in England Lions’ four-day fixtures during the tour.

Zak Crawley made his Test debut for England during their test series in New Zealand this Winter. Alongside Warwickshire’s Dom Sibley, Crawley opened the batting for the England Lions against Australia A at The Spitfire Ground, St. Lawrence, Canterbury this past summer.

Twenty-three players have been selected for the England Lions tour of Australia, which departs the UK on 21 January.

A squad of 16 players will contest the five 50-over matches against Cricket Australia and New South Wales XIs, including four players from Royal London One-Day Cup champions Somerset.

Keaton Jennings will look to impress at the top of the order, while Lancashire teammate Saqib Mahmood will join the squad after England’s ODI series against Australia.

The Lions will face Australia A, a Cricket Australia XI and a New South Wales XI in three four-day matches in the second half of the tour. A captain for the tour will be announced in due course.

National Selector Ed Smith said: “We’ve selected two exciting squads for our Lions’ tour of Australia, where the aim is not only to win matches but to prepare players for international cricket.

“With this tour we’ve got England’s short-term needs in mind, with the upcoming tour of Sri Lanka and a busy summer schedule, as well as an opportunity to provide players with relevant experience for future Ashes series.

“Australia is a tough place to tour as an England player at any level, so it will be a great test for all involved.”

ECB Performance Director Mo Bobat said: “In addition to meeting England’s Test needs, one of our goals is to broaden and strengthen our white-ball talent pool in order to deliver sustained success across both formats. We have some exciting young players travelling in the squad this winter who we believe have what it takes to step up in the future. With several young players selected for the England ODI tour of South Africa, the Lions can provide a developmental opportunity to an extended group of players.

“In selecting our squads, we have given careful consideration to players who have been presented with franchise cricket opportunities and, for some, these competitive experiences are exactly what they need at this stage of their development.

“Our selections have been underpinned by progressive discussions with the counties about each player’s best interest and I’d like to thank the counties for their collaborative approach to informing our decision-making.”