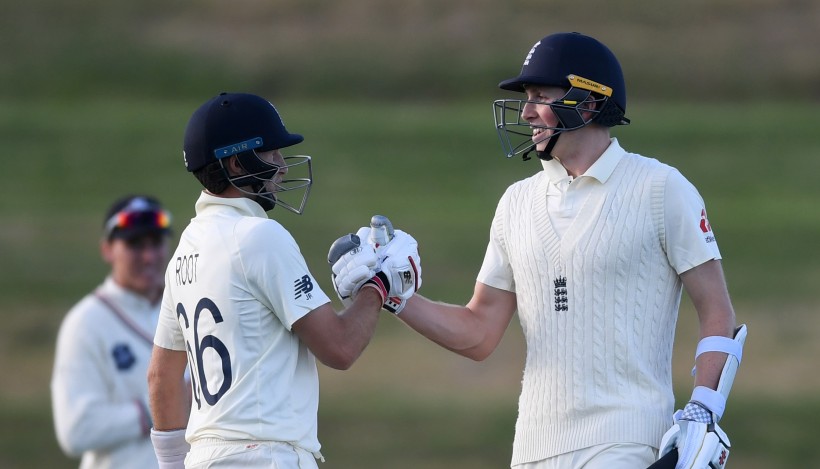 Kent opener Zak Crawley has described his England Test debut as a “tremendous and exciting experience”, but he is keeping his feet firmly on the ground and admits he has a lot to learn if he is to establish himself as a player of the future in the top flight of English cricket.

When he played for England in the drawn second Test Match against New Zealand at Hamilton, he became the youngest ever Kent specialist batsman, at the age of 21 years and 298 days, to play for his country, even eclipsing the great former England and Kent captain Colin Cowdrey, who was 21 years and 337 days old on his first appearance.

Zak scored one run on his debut, and that was a scrambled single, when he was nearly run out, and then lost his wicket on the next ball. “I got a quick reality check on what it is like playing at a higher grade of the game”, he said, “but it was a tremendous experience. I am a level-headed guy and the more I play the more I will learn”.

The Bromley-born batsman, who has been involved in Kent cricket since he was 10-years old, was only awarded his County Cap at the end of last season, and was thrilled to have his England cap presented to him by team-mate and Kent vice-captain Joe Denly, who was full of praise for the youngster.

“Zak is an inspiration to the next generation of cricketers and should be proud of the way he conducts himself on and off the pitch. He is well-mannered, hard working, very humble and a great laugh to be with”.

As well as all the advice and help Zak has received from the Kent coache,  he has had massive support and encouragement from the person he regards as his mentor, the former Kent captain Rob Key: “Rob has given me lots of sound advice on how to improve every aspect of my game and I owe him a lot. We speak and text each other on a regular basis and he is always around if I need him”.

Crawley is in the midst of a whirlwind few months. After his Test Match experience in New Zealand he is now with the England squad in South Africa for the Test series against the Proteas, which starts on Boxing Day.

At the end of the tour, he will fly out to Australia to join the England Lions for a number of four day matches at international level.

When next season starts Zak will have another new experience as part of the London Spirit team, playing out of Lords in the new 100-ball competition. “It will obviously be another new challenge for me”, said Zak, “with a new competition, a potentially new audience, on terrestrial television, and the chance for me to play with some of the biggest names in world cricket, which can only improve my game ever further”.

Zak is still wanting to play plenty more cricket for Kent, as he eyes success on the international stage, and feels the County have the potential to win a trophy. “We have some tremendous players in the club and a great team ethic”, he said.

Kent coach Matt Walker is thrilled and proud of the international honours now being picked up by a number of Kent players.

Along with Joe Denly and Sam Billings, who have made England appearances in both red and white ball cricket, Jordan Cox and Kent’s new young spinner signing Hamidullah Qadri, have been playing for the England Under-19 squad, whilst wicket-keeper Ollie Robinson and fast bowler Matt Milnes, have both been selected for the England Lions tour to Australia in February.

“These players have been outstanding for Kent and are all hungry for success”, said Matt. “This is fantastic recognition for them and for the County on the progress that we are making. It is great that our players are now being noticed and rewarded for their efforts”.

Be there to support support Zak and your home county’s other homegrown stars such as: Sam Billings and Joe Denly next season by becoming a Kent member for 2020 in the Club’s 150th Year