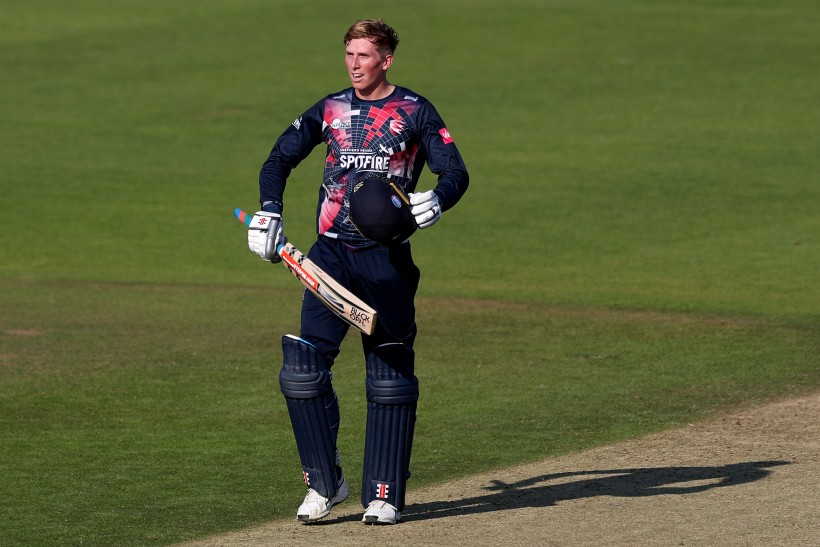 The Vitality PCA Young Player of the Year has been won by Kent’s Zak Crawley following a rookie England season in which the 22-year-old underlined his growing reputation with a double century against Pakistan in the third Test at The Ageas Bowl.

Crawley made his England debut on the tour of New Zealand last November and claims the John Arlott Cup in the same week it was confirmed he had been awarded a Test Central Contract by the England and Wales Cricket Board.

For Kent, Crawley became the sixth Kent player to record a century in all formats after his maiden T20 hundred against Hampshire, whilst also scoring his fourth first-class hundred for Kent against the same opponents.

The right-hander edged out fellow nominees; Surrey’s Will Jacks and Somerset’s Tom Lammonby, and becomes the first ever Kent player win the Young Player of the Year award since its inception in 1990.

The coveted PCA awards are voted on by the players’ fellow professionals and, while the global pandemic prevented the usual pomp and ceremony for the 51st NatWest PCA Awards, this summer’s honours were given added significance by the inclusion of the NatWest Outstanding Service to Cricket Awards (OSCAs).

“To score 200 in a Test Match – I didn’t think I was capable of it, so it was just a great moment for me. It’s been great to come back to Kent and play so well too – the hundred at Hampshire was very special and hopefully it shows my ability in all formats.”

While recognising the best performing individuals across the professional and grassroots game, today also saw the cricket family come together to raise funds for the players’ charity, the Professional Cricketers’ Trust.

The charity supports PCA members and their family members when they need it most.

Visit the JustGiving page to donate to the Professional Cricketers’ Trust >>>

Text ‘TRUSTCRICKET’ followed by any amount between three and 20 to 70085 to donate between £3 – £20 to the Professional Cricketers’ Trust. For example, ‘TRUSTCRICKET10’ to donate £10.

Available in silk or polyester, the tie features the Club’s 150th Year logo on the front in ‘Anniversary Gold’, as well as the Kent horse and dates of the Club from it’s founding to the present day flecked into the design of the tie itself.