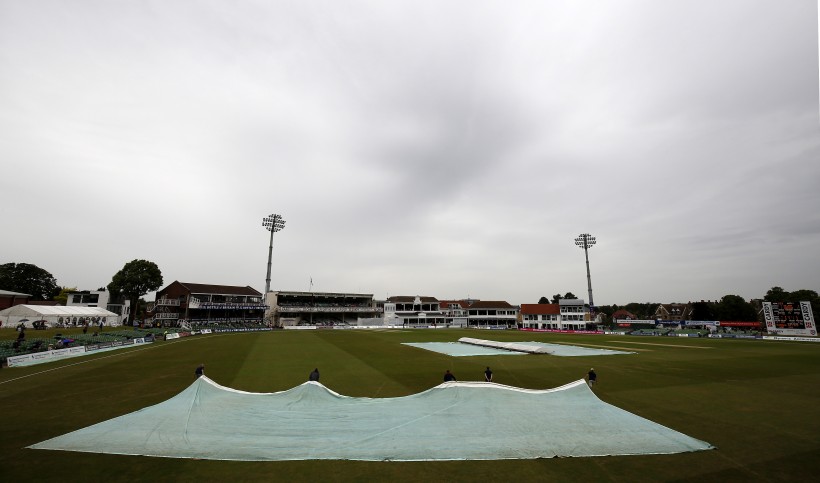 It’s late April, and under normal circumstances Kent Cricket should have played three friendlies at The Spitfire Ground, St. Lawrence, dozens of practice days and be mid-way through our first home Championship game this Friday.

We caught up with our Head Groundsman, Adrian Llong, to see how the disruption to the start of the cricket season has affected him and his grounds team.

“We would be all hands-on deck, doing a lot of work on the outfield to make sure that it is presentable as well as ensuring that it is strong enough to withstand the stress that it gets put under.

“The volume of practice and matches increase, especially with the inconsistent temperatures that we’ve had recently.

“We would be monitoring the pitch closely and gradually finishing off our rolling to make sure it is match ready.

“I keep in close contact with Paul Downton, so I would be meeting with him as well as Walks [Matthew Walker] and Sam [Billings] to make sure that we’re all on the same wavelength and are as clued up about how the pitch is likely to play as we can be.

“On top of that – whilst the squad would have been away this week, there would be players who didn’t travel who would need access to nets each day and we would also be keeping the rest of the square tidy.”

“Keeping it as tidy and healthy as possible with the very minimum expenditure possible.

“On the square and practice areas we’re using the verti-cutter once or twice a week to keep on top of any lateral growth and prevent thatch build up, and then mowing pretty much every other day and watering where necessary.”

“Not at all! I realised the other day that this is the first time I haven’t worked over the Easter weekend since I left school, plus I’m even getting some weekends off at the moment which would usually be unheard of in April. So just with that in mind I’m keeping on top of my jobs at home as well!

“There would usually be a team of nine ground staff working across the three grounds that we use, and at the moment there are just three of us, with the rest of the team furloughed along with the majority of the company, so I’m fortunate to still have a bit of routine and normality.”

“It’s been a challenge, that’s for sure. There are some parts of The Spitfire Ground that lay wet throughout the winter and spring, despite the drainage system. So, with the rainfall we’ve had this year it that has been hard to manage.

“With the wet conditions we have a constant battle with leather jackets^ on the outfield, which prefer the wet soil. They’ve decimated the grass in certain patches of the outfield and there are very limited options available for us to fight back, so again it is a matter of managing it as best we can.

“We’ve also pulled a lot of covers this year, considering we’ve had no cricket yet. We started using the flat sheets in February*, which is far earlier than we would use them ordinarily, but it was the only option we had in order to have pitches ready to use for pre-season.”

^ Leather jackets are the larvae of the crane fly which live beneath the surface and feed on the roots of grass plants, cutting off their supply of nutrients and water.

“The square at Beckenham is a far easier square to work with, the slope is much more subtle than Canterbury and it generally has less cricket played on it, which makes it easier to manage.

“As a rule, Beckenham tends to be consistently drier, which gives you a bit more control as groundsman. With the bigger slope at Canterbury you find certain parts of the ground stay wet, but then at the top end of the square it can be a real challenge to get enough water in to the grass during the drier spells. As a result, we have to use covers far more frequently to keep the moisture in, as much as using them to keep the moisture out!

“We actually added two additional wickets to the Beckenham square in the autumn of 2018, which have taken far better than we had originally hoped. They were only ever planned as wickets to net on, as we don’t have any additional net facilities there, but where they have bedded in so well, we were intending to use them for some age group one day fixtures this season.”

“Not any more – they are professional sportsmen and it’s just part of the job.

“When we renovate a pitch, we go beyond the 22 yards anyway, plus you have to repair the bowler’s marks as well, so you just get on with it. This year we have experimented by blending in a tennis loam to the inner ring.

“The tennis loam is a lower clay content than the cricket square, but still higher than the clay content that you typically find in the outfield. We have had some cases of the bowler’s footmarks breaking up more than we would like in the past, so we are hoping that this will help hold it together over longer periods of time.

“Hopefully we’ll see some cricket sooner rather than later to see how well that works out.” 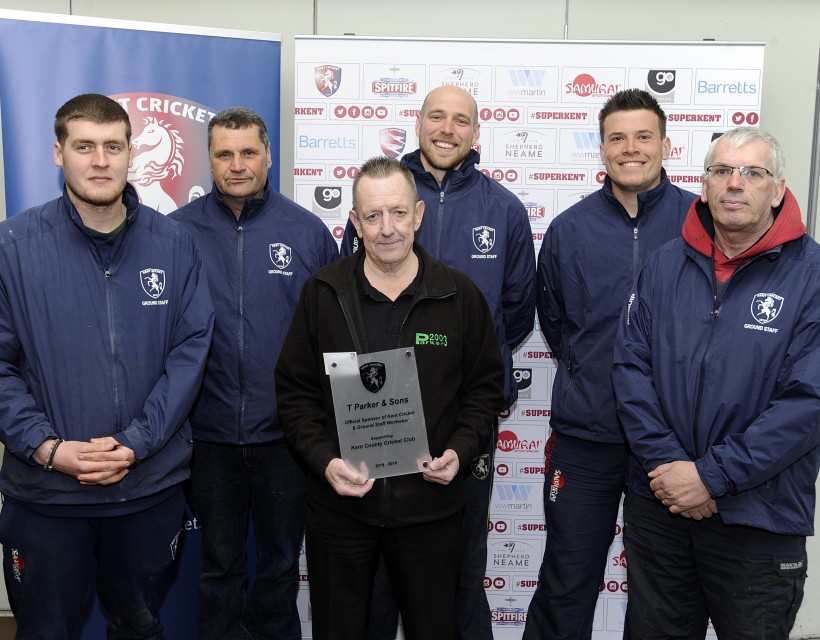