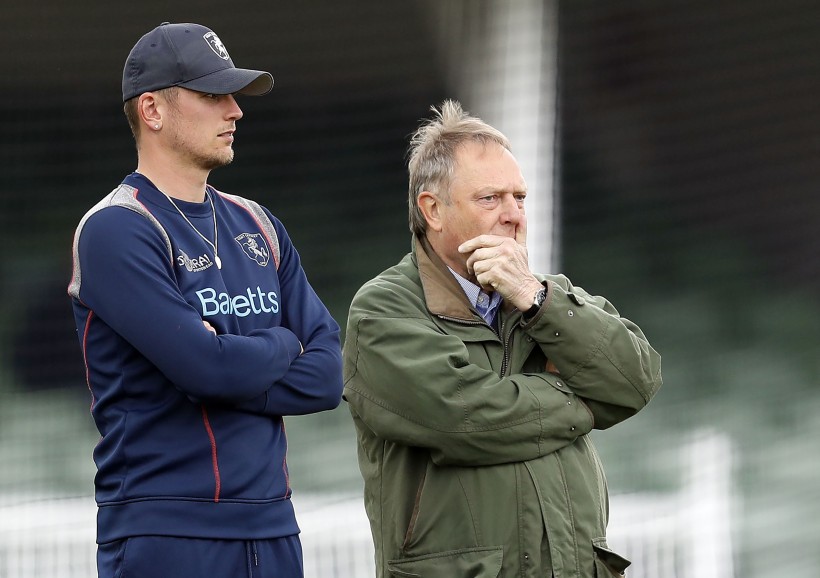 As a wicketkeeper who pocketed well over 1,000 catches during his playing days, Kent’s fortunes on the field are seemingly in the safest of hands when it comes to Paul Downton.

At 63, and approaching his third season as the county’s Director of Cricket, Downton’s firm mitt is on the tiller helping Kent’s players and coaching staff to negotiate the choppy waters that the Coronavirus pandemic has stirred up around the nation’s summer game.

Difficult decisions have had to be made, and Downton admits that terminating the contract of Kent’s overseas star Matt Henry – albeit by mutual consent – proved tough given the New Zealand pace bowler’s key role in Kent’s championship promotion drive in 2018.

Yet Downton appears to be approaching the job as he once did when batting late in the order for Kent; with concentration aplenty, his head down and eyes resolutely on the ball.

“The irony is, of course, it has been brilliant weather since the players returned from pre-season training in South Africa, albeit a little early,” said Downton, in his phlegmatic way.

“At that point, we were all looking forward to the start of an exciting season. The players were given a few days off but then we had COVID-19. The lads have effectively been isolated ever since.

“Then, poor Mike Yardy arrived back from Australia on April 1 to become our newly-appointed batting coach, but has yet to meet with the players other than through video conferencing. It has been an extraordinary time, as it has been for so many people and other businesses, so cricket is not alone in this.

“We’ve gone through the process of furloughing staff in an effort to retain jobs when we finally do come out of this. We furloughed most of the off-field staff first and now almost all the players, with the exemption of our captain Sam Billings and Joe Denly, who is a centrally contracted England player.

“It’s been a very busy time for me, but I’ve a huge amount of respect and gratitude for the way our players and coaches are dealing with the downside of it all. The important thing, of course, is that we all come out of this knowing that we’ve stuck together through adversity and that we’ll emerge in the best possible frame of mind and physical fitness.”

One shining light for Downton during these dark days of enforced lockdown is Kent’s involvement on England’s close-season Test tour to New Zealand, where both Denly and Zak Crawley enjoyed vital batting roles. It was the first time a pair of Kent cricketers had been named in an England Test party since 2004/05, when Geraint Jones and Rob Key toured South Africa.

“I’d like to think it is a very exciting time for Kent Cricket,” said the former Kent, Middlesex and England gloveman.

“To see Joe getting his international call up again after a few years of absence was brilliant, and to now see him playing Test cricket has been really rewarding. He was a major figure in last year’s Ashes series.

“Sam Billings has been in and around the one-day set up for a number of years now and was vice-captain of the T20I side up until last November, but what’s most exciting to me and many other Kent followers, is to see the emergence of young players like Zak.

“He has come through the ranks from our Academy, taken his chances when they’ve arisen and really made the most of them. He’s only played four Tests so far, but what has been so striking in the feedback from England and the ECB is just how well our Kent players have acquitted themselves.

Downton added: “We’ve also had two players in Matt Milnes and Ollie Robinson, picked for the England Lions. Ollie turned 21 in December after enjoying only his second year as a professional cricketer, while Matt came down from Nottinghamshire, having played only six games for them, to take 55 championship wickets in his first season for us.

“It all shows that we have players thriving within a fantastic environment at Kent and, as director of cricket, that it is exactly what I want to see.

“You want your best players to be recognised at the highest level and it’s of great credit to the individuals involved, first and foremost, but also to the club and the coaching staff here too.”

Hear more from Paul Downton in ‘The Spitfire Sessions: Together We Are Kent’