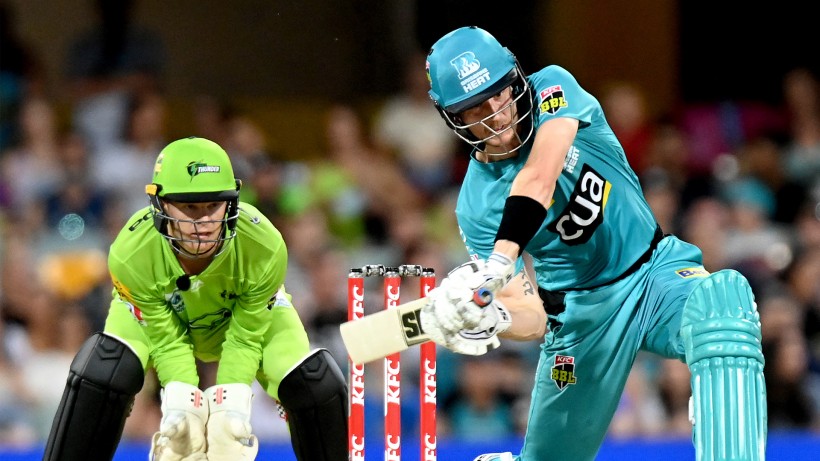 Kent duo Sam Billings & Joe Denly’s franchises will both be involved in the knockout stages of the 10th KFC Big Bash League (BBL).

Billings has cemented his place behind the stumps for Sydney Thunder after seven catches and three stumpings in ten matches so far in green, after having previously played for cross-city rivals Sydney Sixers in 2016-18.

The Thunder, who also boast former Spitfires speedster Adam Milne in their ranks, will play the winner of the Eliminator tie between Brisbane Heat and Adelaide Strikers on Monday 31st January.

Joe Denly made his Brisbane Heat debut on 2nd January and has so far made nine appearances in teal, scoring 168 runs. His 50 in this edition of the BBL actually came against Billings’ Thunder in his second match for the Heat.

Brisbane has also benefitted from his economical leg-breaks in their latest match against Perth Scorchers, where Heat’s victory helped secure their Finals berth in the final round of group stage matches.

The Heat have been pitted against Adelaide Strikers after cementing a place in the Eliminator fixture, with the winner of this match taking on Billings’ Sydney Thunder in the Knockout round.

The winner of the Knockout will play the Challenger match-up for a chance to face either Perth Scorchers or Sydney Sixers in the BBL|10 Final.

The winner of Scorchers vs. Sixers will receive a bye straight to the BBL|10 Final after their Qualifier match-up, as both franchises headed the table in the group stage of this year’s tournament, whilst the loser will face the winner of the Knockout tie in the Challenger for another chance to reach the Final.

All remaining BBL fixtures will be shown live across BT Sport in the UK.