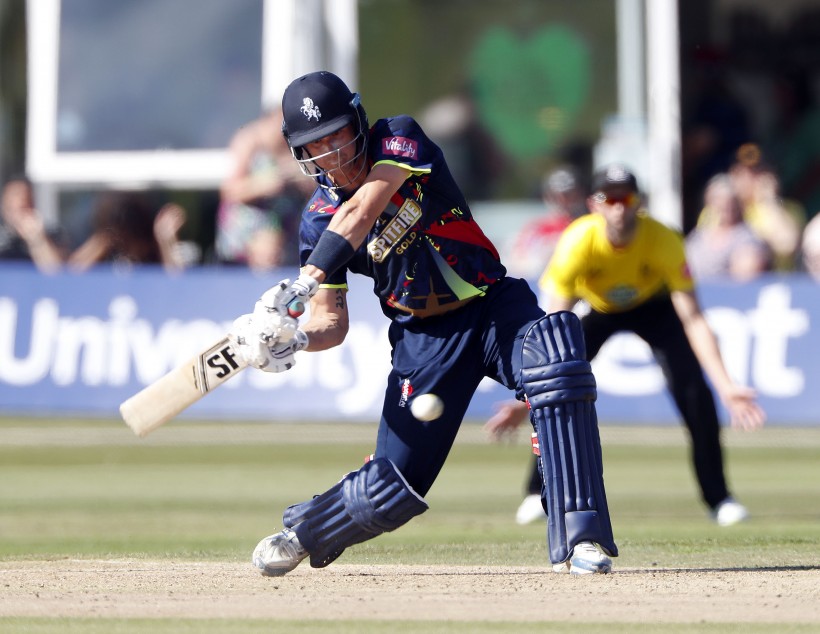 Joe Denly hit an unbeaten 99 as Kent Spitfires’ unbeaten home run in the Vitality Blast ended against Gloucestershire at a scorching Spitfire Ground.

The Spitfires vice-captain fell a run short of extending his club record to five T20 centuries as Kent posted 160 in front of almost 5,000 sun-drenched spectators.

Spitfires skipper Sam Billings opted to bat first for a third successive match and after an opening stand of 50 off six overs, Kent could not accelerate thanks to discipline bowling.

Billings holed out to Ian Cockbain off the consistent Howell before Stoinis departed to compatriot to AJ Tye (1/32), caught in the deep.

Alex Blake was trapped LBW to David Payne, who was the most economical bowler with 1/21 as Denly ended unbeaten, a run shy of extending his club record to five T20 centuries.

In reply, openers Miles Hammond (51) and Michael Klinger (46) raced to 60 without loss from the six-over powerplay.

The 21-year-old Cheltenham left-hander Hammond hit five fours and three sixes as he made the most of the lack of outfielders to get Gloucestershire ahead of the rate.

He holed out to Stoinis on the boundary off Haggett shortly after reaching his maiden T20 half-century.

Klinger and Cockbain shared a 52-run stand off 32 balls before Imran Qayyum broke the deadlock as the veteran Australian reverse swept to Denly.