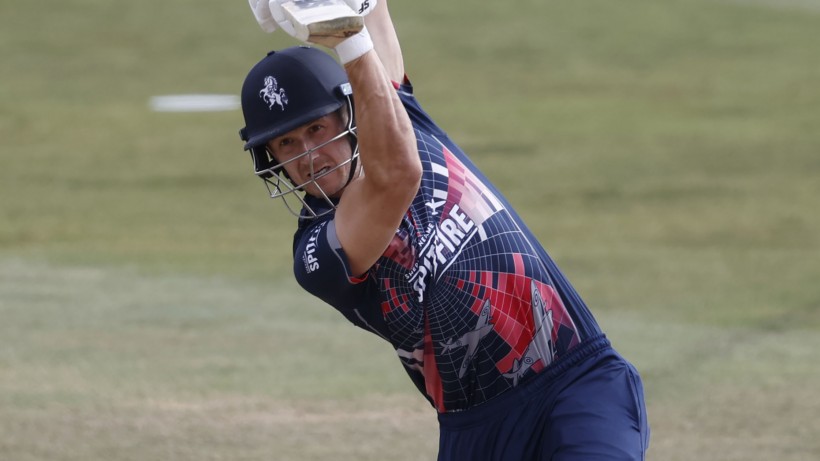 Kent’s Joe Denly has signed for the Brisbane Heat for the remainder of the KFC Big Bash League.

The right hander played 11 games for the Sydney Sixers across BBL|07 and BBL|08 and will arrive in Australia early next week and link with the squad in the first week of January as soon as he completes two weeks of mandatory hotel quarantine.

Denly, who had a highest score of 76* for the Sixers, will replace fellow Englishman Tom Banton who was granted a release from his contract for BBL|10 due to ‘bubble’ fatigue after being in a series of ‘bio-secure’ environments across the year.

A mainstay with Kent where he has scored more than 10,000 first class runs and nearly 5,000 in limited overs cricket, he has played 15 Tests, 16 ODIS and 13 T20 Internationals for England.

His career T20 record features 213 matches across England, Pakistan, Bangladesh, the BBL and the Indian Premier League, and includes four centuries and 30 half-centuries.

The right-hander is also a handy leg-spin bowler, with 68 first class scalps.

Brisbane Heat coach Darren Lehmann said Denly would be a valuable addition to the squad, providing another experienced batting option.

“Joe has a reputation of having a cool head in pressure situations and I can see him helping to control our innings, whether chasing or setting a target,’’ he said.

“We have said all along that this year’s BBL is going to be a squad game and we need to be adaptable and confident in our plans.”

“As well as his obvious batting skills, Joe can be a good sounding board for our younger players and of course, give his insights around the group. We’re pretty excited to welcome such a classy and well-credentialled player to the club.”

Denly joins Kent captain Sam Billings in Australia, after Billings signed for the Sydney Thunder and is currently completing his mandatory quarantine before being available for selection.

All BBL matches will be shown live by BT Sport in the UK.