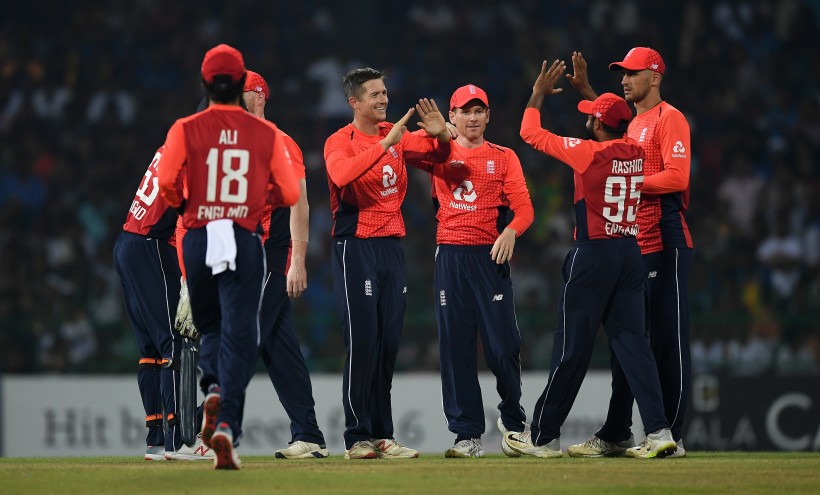 Kent Cricket vice-captain Joe Denly featured in his first T20 International since 2010 as England overcame Sri Lanka at the R.Premadasa Stadium in Colombo, winning by 30 runs.

The Canterbury-born all-rounder made 20 runs from 17 balls in difficult conditions, coming in at 7 after a long rain delay during England’s batting innings after losing the toss and being put in to bat. The visitors posted 187/8 in their 20 overs.

But it was with his leg-spin bowling that Denly caught the eye as he was asked to open the bowling by England captain Eoin Morgan, taking a wicket at the end of his first over, bowling Sri Lanka opener Kusal Mendis for 1 run.

The 32 year old then claimed the scalp of wicketkeeper-batsman Niroshan Dickwella, departing for 3, with a near-identical delivery in his second over during the batting powerplay.

Denly finished the match with the best bowling figures achieved by an Englishman against Sri Lanka in T20 cricket, deservedly claiming the Man of the Match Award.

He is already included in the England Test squad due to face Sri Lanka at Galle International Stadium from 6th November.